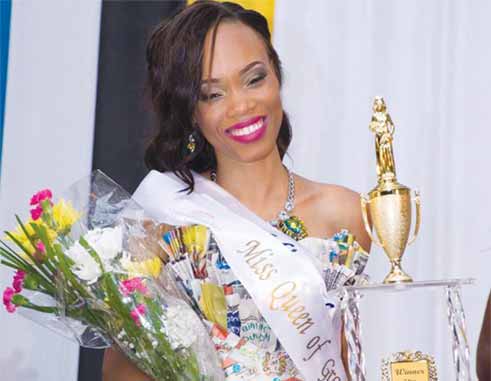 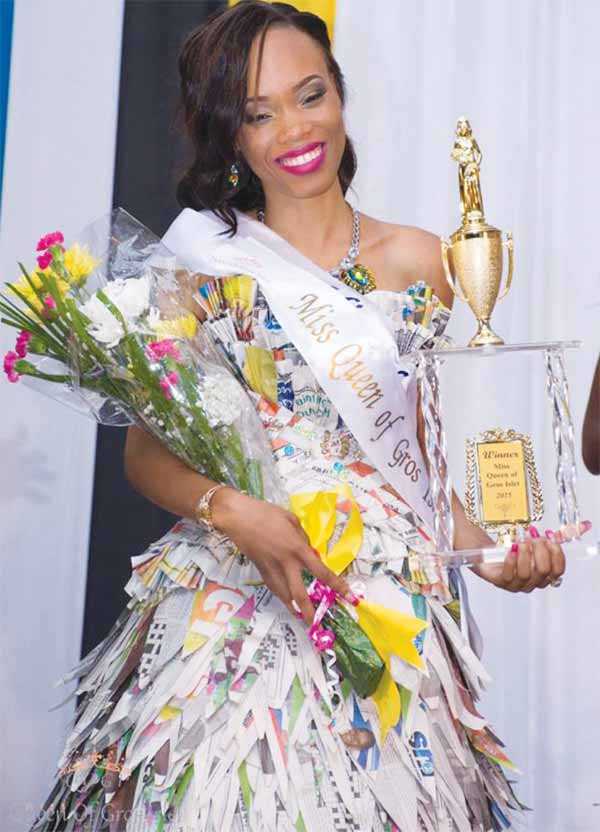 Chelsea’s quest for broadening her knowledge and education has always been great. After attaining nine CXC passes and two additional awards for Theatre Arts (Dance) and House Captain at the Castries Comprehensive Secondary School, she enrolled at the Sir Arthur Lewis Community College where she achieved an associate degree in Business Administration in 2014.

Chelsea, who has a great passion for dance, currently holds the position of Assistant Dance Coordinator with the CAM Dance Troupe. Her dream is to one day become a certified Accountant and a professional Dance Choreographer to inject the passion and technique she has acquired thus far and impart this knowledge to the younger generation.

A contestant at the 2014 Miss Independence pageant, Chelsea finished third which fuelled her desire to compete in the Miss Queen of Gros Islet Pageant.

The 20 year old who resides in and represented the community of Corinth, was sponsored by Shoe Rehab, competed against four other contestants in the Miss Queen of Gros Islet pageant held last Saturday at the Sandals Grande Resort.

After a stellar performance, she won the awards for Miss Popularity Online, Most Tickets Sold, Best in Costume and Best Interview. For her win as Miss Queen of Gros Islet, Chelsea received the coveted crown and sash along with several prizes and a $16,000 scholarship fund to Monroe College.

Owner of SHOE REHAB Mandisa Morrison said: “ Our company is more than just a shoe repair and enhancement shop. It is also a company that is keen on social responsibly and youth development which is evident in the number of young workers we employ, who have been given the opportunity to nurture their ideas and develop their skills within the company.