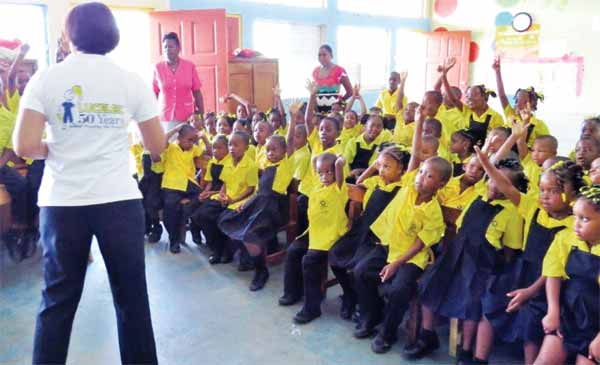 OPERATION Shoebox, an initiative by staff of the St Lucia Electricity Services Limited (LUCELEC) continues this year to the benefit of more students and schools.

This is the second year of Operation Shoebox, where LUCELEC employees donate school supplies for distribution to schools around the island.

LUCELEC Club is partnering with Courts St Lucia in the campaign conceptualized by LUCELEC Human Resources Assistant Kedia Daniel. She says Operation Shoebox is a demonstration of “caring”, one of the company’s four core values and part of its tagline “The power of caring”.

In addition to donating the school supplies and cash, staff members also assemble and distribute them. Last year, 34 students from six schools benefitted from Operation Shoebox. In 2015, the number of children who will benefit from the initiative has increased to 72. A total of 67 packages will be delivered in addition to the payment of facilities fees for five students at the Millet Infant School.

The shoeboxes were distributed on Thursday and yesterday.