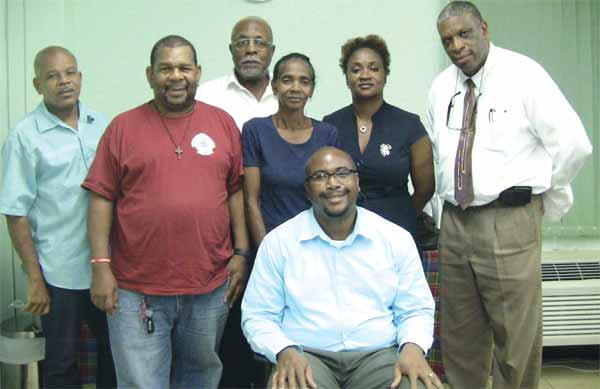 THE National Consumer Association (Saint Lucia) Inc. has a new executive. It was elected earlier this week when the Association held the second part of its sixth Biennial General Meeting.

The meeting adopted two resolutions from outgoing president Raphael C. Kingsley St. Hill, one of which mandates the new NCA executive to enforce the NCA constitution to ensure that serving executive members were not executive members of political parties so as not to bring the organization into disrepute.

The members went on to elect the following officers/directors for the ensuing term: Public relations officer Marius Modeste and general secretary Yasmine Lambert retained their posts, while treasurer Chesterfield Octave becomes the new vice president and assistant secretary /treasurer MalcomHepburn serves as treasurer. Former vice president Mathiaus David Polius will join Diane Mathurin to serve as trustees. The new NCA president for the next three years will be banker Trevor Albert. St Hill remains on the executive as Immediate Past President.

In his acceptance speech, Albert conceded that he will have some “big shoes” to fill as president but believed with the help of the executive, “we can make it, as we prepare for the passage of the Consumer Rights bill.