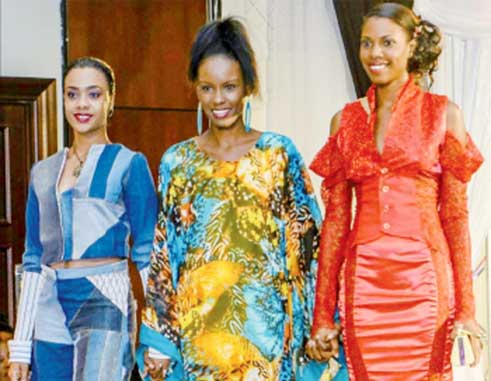 A Business Is Born of a Hobby.

SOME weeks ago, I began featuring the achievements of young people working constructively to grow their own businesses. Recently, I met with twenty-seven year old Kimberly Charlery at her residence. Having featured two young male entrepreneurs, I thought it was time to introduce some estrogen to my column.

She’s an up and coming designer from Castries who, through our interaction, appeared quite unassuming, but as I would soon discover, even the meekest among us are nothing short of inspiring. She describes herself as nurturing, driven and diverse and shuns the thought of “willful ignorance,” laziness and negative energy. Her admission was clearly evident once we sat down to talk about her work.

A business is born of a hobby
Kimberly Charlery has always loved design and admired creativity. She explained that she started designing in school as a hobby and recounted her experiences crocheting in her seat at the end of exams during her time at St. Joseph’s Convent Secondary School. During her period of study there, students were not allowed to leave until exam times had completely elapsed, so she utilized any remaining time to crochet. At the school she won her first trophy for embroidery, a victory she attributes to her ability to “step out of the box…and do something different.”

About ten years ago a television reality series premiered that allowed participants to do exactly that: step out of the box. Project Runway fever infected fashion lovers everywhere. She naturally became a fan of the show, learned a wealth of knowledge about the fashion industry and found out that designers should know how to sew. Over the course of several years she learned how to sew and developed her talent through the assistance of other more experienced seamstresses and designers. It was not until this year, however, that Charlery changed what was simply a hobby into an entrepreneurial venture, having acquired a wealth of knowledge and supplies she’d accumulated over the years. She was driven by a desire to create a legacy that her son could be proud of, so she dived head on into pursuing her dream.

As a designer, Charlery appreciates the need for creativity and draws from a number of elements. These are not just limited to whole fashion pieces, but even seemingly irrelevant elements outside of the industry. I asked Charlery where she draws her inspiration from, and this is what she had to say:

These elements combine with her creativity and fuel her work. While other designers might be inspired by whole pieces, examining whole pieces actually cloud and hinder her creativity. She takes pieces so she can create her own masterpieces.

The individuals who people admire can sometimes give vital clues about what is important to them. When I asked about that, her responses revealed some key information about her personality and values. Charlery admitted that she loves Pink, the singer, because of her creative energy, diversity in her music, the purity of her voice and her sheer talent. From earlier on in our conversation, I really got the sense that work ethic is very important to her. Although she admitted that she initially hated Beyoncé, whom she refers to as “The Queen Bee,” she now admires her for her work ethic. This shift is evinced in her admission:

She later confided that one of her favourite designers is the passionate and energetic past winner of Project Runway, Christian Siriano. At the time, I was unfamiliar with the notable designer, but as she told me about his own admission that he once slept on the floor so he could buy his favourite designers, instead, I could clearly understand how much she admired his passion.

In the next installment be prepared to learn about the Charlery’s labour of love. Don’t miss it!