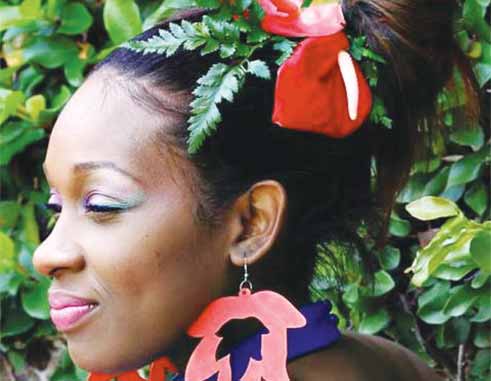 OKAY, today’s FITC is strictly for the girls, so guys, unless you are looking for a few pointers from the female perspective, you can go ahead and skip this page…just for today.

I’m always super pleased when I find someone brave enough to speak to me about major problems that most people are either facing or have faced, yet choose not to speak about, so it is with great pleasure that I introduce to you, Jamin Emmanuel.

Most of us would have at some point had our hearts broken by a “significant other” and I don’t have to tell you about the feelings that follow.

It is hard for most men to understand this but many women (and men who are truly in touch with their feelings) can relate when I say that some people actually mourn these failed relationships as if they were mourning the death of a loved one and it takes time to recover.

This is by all means a difficult time for anyone to trudge through, especially at the end of a long term relationship, and worse still, when children are involved…things can get ugly, messy and extremely confusing.

Everyone handles break-ups in different ways. For example, some might be so broken that they harm themselves and or never recover or enter new relationships. Some build up walls, and whilst they may start new relationships, they make it extremely difficult for the new partner to get to their core and so most of these relationships are short lived. Then there are some who pick themselves up, dust themselves off and move on…In some cases, they may re-enter the troubled relationship but not before fixing the cracks causing initial issues first.

Well this 31 year old mother of three is a true all rounder as on a daily basis, she juggles motherhood, a career as a chef in a top hotel chain, a healthy addiction to urban dance fitness and in general, taking care of herself too.

Emmanuel who is known to all as a family oriented person, very assertive, headstrong and outgoing has, like most women will in their lifetime, fallen victim to the dreaded love bug and when she got bitten as a fresh and young teenager, she got bitten hard.

Today, she speaks about what she went through and how she got back up on her feet…a task that many women struggle with, and from which many bare the lifetime scars.

The VOICE: From first glance, you are tiny, but anyone who knows your story knows that you are mighty and it was a rocky relationship that truly brought out that side of you. Tell me about that relationship.

Jamin: I’d been in this relationship since 2001… I got myself in a lot of trouble because I was defiant to my parents. However, every single thing that could have gone wrong in a relationship, I went through it. I was cheated on, lied to and I was even told that he was not responsible for one of my pregnancies knowing that he had been the only one that I was involved with.

The VOICE: At the time that you were going through all of this, how did you feel?

Jamin: I felt like I wasn’t good enough…to the point where I couldn’t sleep…I felt like not being alive.

The VOICE: For how long did you go through this?

Jamin: It happened over a period of time off and on.

The VOICE: At what point did you decide that enough was enough?

Jamin: I held on to it for a while. He used to sleep and I would cry. I used to go for bus rides…very long bus rides. He was always out with the “boys” and when we happened to go out, it was a disaster. It really got ridiculous when a female called the house line to talk to him and he sat there laughing and having a good chat whilst I sat there watching him. It all started to go down hill from there because it was then that I knew he had lost all respect for me. We started arguing over a period of time until one day it became physical…that was finally it.

The VOICE: How were the children affected during that time?

Jamin: They knew something was wrong… especially when they had to go to the different homes.

The VOICE: How did you find your feet again? How long did it take and how did you do it?

Jamin: We lived abroad together when I left and came back home. I felt a burden lifted off my chest and in no time, because back home there were always other guys who were interested but I stayed away because I was taken. I just started putting my self first and doing all the things I wanted to do…me first in everything. It really started showing in my work too. After probation, I got promoted to shift leader. I did loads of self development training including “Legend of Hospitality”… I was now being seen for what I was worth.

The VOICE: That taste of freedom and independence…what was it like? Because, surely it was a new feeling for you.

Jamin: At first it does feel really strange… really different. I used to be really timid when approached. It took a while to get used to but from thereafter, I couldn’t be bothered.

The VOICE: What is your outlook on relationships now?

Jamin: If it doesn’t feel right talk about it. If it doesn’t change, Run! Communication is key in every aspect in a relationship…the only way to move forward. From the onset, if you realize the individual has qualities you don’t like, don’t stay with the hopes that it would change…move on.

The VOICE: Finally, what would you say to the women out there fresh out of relationships who feel sad, angry, lonely and all the feelings that come with break-ups…any words of wisdom and comfort?

Jamin: You have to find yourself first! I know it’s something that’s said a lot but it’s true…find you. Find what makes you happy physically, spiritually, mentally and even sexually. If you can’t make yourself happy, no one else would. Confidence will shine through eventually…Put you first