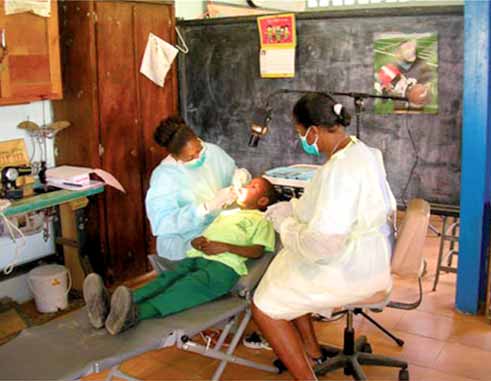 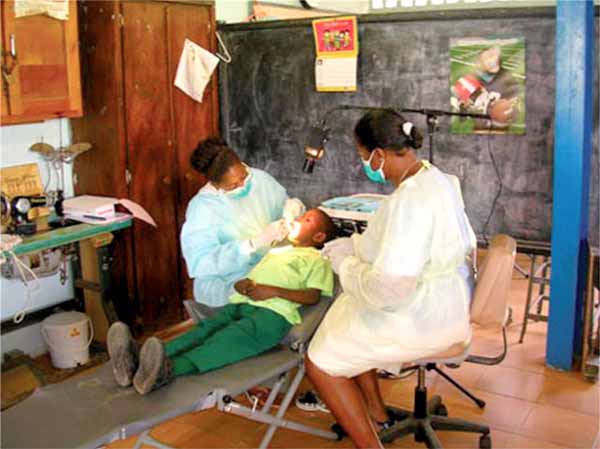 THE Constitutional Reform Commission has decided that the fundamental right to health along the lines expressed in the Universal Declaration of Human Rights should be included in a new constitution for St Lucia.

Today, THE VOICE continues serializing the report with the third part of Chapter Three which deals with STRENGTHENING OUR FUNDAMENTAL RIGHTS AND FREEDOMS:

THE RIGHT TO HEALTH
There were submissions that the right to health should be protected under the Constitution. In the view of the Commission, this is generally formulated as the provision of a basic standard of living and safe environment as per Article 25 (1) of the Universal Declaration of Human Rights which reads as follows:

“Everyone has the right to a standard of living adequate for the health and well-being of himself and of his family, including food, clothing, housing and medical care and necessary social services, and the right to security in the event of unemployment, sickness, disability, widowhood, old age or other lack of livelihood in circumstances beyond his control.”

The Commission observed that, generally speaking, countries which have adopted the provisions of the Right to Health have limited themselves to providing “a standard of living adequate for health and well-being of the person and of his/her family”, and that there is usually the proviso that this is “subject to the extent and level of resources of the State.”

The Commission further noted that the Preamble of the present Constitution speaks about these social and economic rights in subsection (e) when it states:

“WHEREAS the People of Saint Lucia realise that human dignity requires respect for spiritual values; for private family life and property; and the enjoyment of an adequate standard of economic and social well-being dependent upon the resources of the State”

The view was expressed that the high cost of medical care and the proliferation of disease and chronic illnesses make the right to health or the provision of a basic standard of health care, even more relevant today.

There was concern that when rights are subjected to broad statements such as “subject to the extent and level of resources of the State” it becomes difficult to challenge in law as it relates to the enforcement provisions.

On the other hand, some constitutions express these principles, not as rights, but as inspirational targets for the society. That is to say, they are dealt with within the realms of guiding principles for state policy.

The Commission agreed that this submission should be included and that the provisions of Article 25 (1) of the Universal Declaration of Human Rights should inform its drafting. It should also be extended to include, but not limited to, access to clean drinking water. As regards drinking water, this is a phenomenon that affects many developing countries and represents a priority area of public policy for future attention.

Recommendation
With respect to the right to health, the Commission recommends the following: (34) The fundamental right to health along the lines expressed in Article 25(1) of the Universal Declaration of Human Rights should be included in the Constitution.

The Right to Work
The Commission considered proposals related to the right to work and took due note of the provisions of the Universal Declaration of Human Rights, the International Labour Organisation (I.L.O.) Conventions as well as the Belize Constitution Act of 2000 during their deliberations on this subject.

It was noted that Article 23 of the Universal Declaration of Human Rights provides that:
– “Everyone has the right to work, to free choice of employment, to just and favourable conditions of work and to protection against unemployment.

– Everyone, without any discrimination, has the right to equal pay for equal work.

– Everyone who works has the right to just and favourable remuneration ensuring for himself and his family an existence worthy of human dignity, and supplemented, if necessary, by other means of social protection.

– Everyone has the right to form and to join trade unions for the protection of his interests.”

The I.L.O Convention provides for the right to decent work which takes into account factors such as proper standards of safety, a healthy working environment, proper services, decent remuneration and the right to associate among others. Further, the Commission noted that Belize has leaned towards giving its nationals the unrestricted right to apply for work for which they are qualified.

There were submissions that the right to work be included as a specific right in the Bill of Rights and the Commission agreed to this in principle. The right to decent work as well as the right not to be hindered in one’s ability to apply for work was suggested as the preferred phrasing. However, further consideration should be given to the scope of that provision when the actual drafting is undertaken.

The Commission considered submissions on the right to strike and also took into consideration the provisions of the draft St. Vincent and the Grenadines Constitution Bill 2009 in which Sections 10 (1) and 10 (2) stated that:

(1) “Every member of the Vincentian work-force has the right to work in his chosen field, whether his work be manual or mental or otherwise, there being dignity in all honest labour; and he has the right to be paid fair remuneration for his work. and (2) In turn, every member of the Vincentian work-force has a responsibility to render a fair day’s work, and to yield worthy production as well as proper productivity.”

Some Commissioners were of the view that one should not have the absolute right to strike and that there should be restrictions in the Public Sector where such action can endanger public safety, and national security. Other Commissioners were of the view that the right to strike is associated with freedom of expression and association which is provided for under Sections 10 and 11 of the Constitution.

The Commission concluded that the right to strike was already a principal component of the right to work which had already been agreed and that a more modern formulation of rights provisions are written in positive language as opposed to negative language. The drafter should be instructed in that regard.

The Commission also held the view that the State should guarantee special protection on the job as it relates to health status and not restrict the protection to persons living with HIV or AIDS.

It was noted that the submission sought to extend the protection until now reserved for public servants to workers in the private sector. The Commission felt that the implementation of such a provision would be too onerous on the private sector.
Recommendation
(37) This matter should be more appropriately addressed through the enactment of ordinary legislation such as the Labour Code.

The Right to Education
Commissioners agreed with a submission that the right to education should be a fundamental right.
This was so primarily because of the importance of the development of a knowledge based economy and the type of transformation that is possible in a society where the level of education is linked to survival and development.

Recommendation
With respect to the right to education, the Commission recommends the following: (38) The right to universal education up to secondary level should be included in the Bill of Rights in the Constitution but should be subject to available resources.

Consumer Rights
The Commission received submissions on consumer rights and felt that giving constitutional
protection to consumer rights was not necessary and that this could be taken care of under ordinary legislation.

Recommendation
With respect to consumer rights, the Commission recommends the following: (39) Consumer rights should be addressed under ordinary legislation.