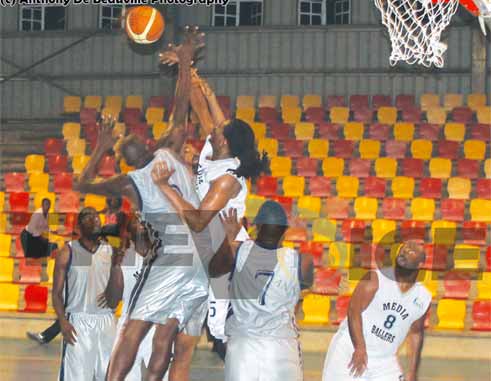 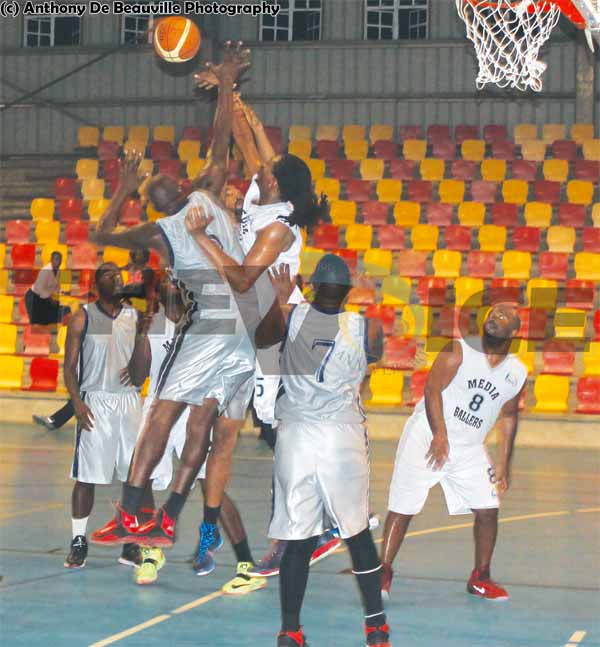 THE fanfare and excitement will continue this evening in the St. Lucia Chamber of Commerce / Commercial Basketball League at the Beausejour Indoor Facility with another double header as participating teams look to secure quarter final spots.

In Group Cat 6:00 p.m. the Royal St.Lucia Police Force with one win and a defeat will play the Ministry of Public Service who have lost both of their matches, so far, while from 8.00 p.m. in a Group D match up Sandals with two impressive wins to their name will come up against one of the tournament favourites, Renwick and Company also with two wins. A win for either of these two teams will take them to the top of the points table in Group D.

Meanwhile, on Wednesday night the Media Ballers came up against the undefeated BOSL /ECFH ballers. In this highly anticipated match-up, BOSL / ECFH was looking to pin the number one spot in their group. However, Media Ballers had a different plan in hope of making it to the quarter finals.

In the second half, the BOSL / ECFH Ballers tried to pick up the pace and get back in the offensive game. They came within a 4 point deficit, but the Media Ballers pulled away again to lead by 9 at the end of the third and ended victorious 63 – 57.

The Supreme Bleach player of the game was Media’s Irvin Loctor with 13 energetic points and great defence. For BOSL / ECFH Sharmoir Jn. Baptiste recorded 23 points, 6 rebounds and 4 steals in the loss.