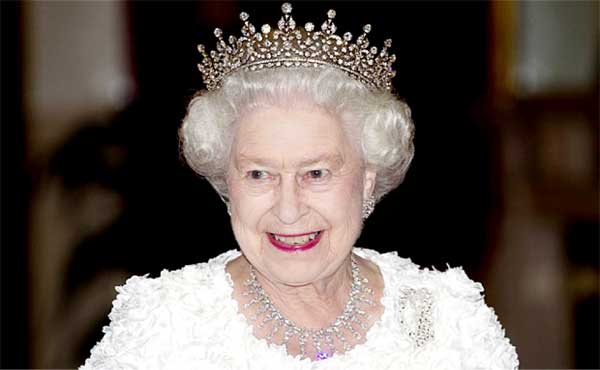 DECADES of the British monarch having personal authority over St Lucia will come to an end if the Constitutional Reform Commission’s report comes to effect.

The Commission, which was headed by the late Justice Suzie d’Auvergne has recommended major changes in St Lucia’s constitutional status including making a complete break with the British monarchy.

The following is the first of two parts of Chapter Four of the Commission’s report:
CHAPTER FOUR
BECOMING A REPUBLIC WITH A NEW HEAD OF STATE
Monarchy or Republic – The Pre-Independence Debate

One of the topics that engaged the Marlborough House Conference in 1978 was the debate over whether Saint Lucia should continue with a monarchical form of Government or become a republic.

This debate is adequately captured in paragraph 6 of the Conference Report as follows: “6. The St. Lucia Government proposed that the new constitution should continue the monarchical form and reported that this had been the consensus of view in St. Lucia and was reflected in the report of the Select Committee. The delegation representing the Opposition in St. Lucia felt unable to express a view on this matter, saying that the people of St. Lucia had not been adequately consulted and had not expressed a clear view on this specific issue. Since, however, no substantial body of opinion had raised overt objection to the principle of a monarchical constitution as proposed by the Government, the Conference proceeded on the basis that this was the system to be incorporated in the draft constitution until a contrary view was clearly demonstrated.”

The contentious nature of this discourse between the Government and the Opposition delegations can be further identified in the Conference Report at paragraph 12 under the heading of “The Governor-General” as follows:

(a) should be elected by the House of Assembly; (b) should have been ordinarily resident in St. Lucia for five years before the appointment; and (c) should not be younger than forty years old, were not agreed.”
It was not unusual for such a debate to be going on in July 1978 as Trinidad and Tobago had become a republic in August 1976 and Dominica was about to become a republic in November 1978.

Becoming a Republic
According to Simeon McIntosh the post-colonial constitutions of the Anglophone Caribbean countries are:

… Orders-in-Council of the British Imperial Parliament –amended versions of the colonial constitution, with Bills of Rights engrafted onto them. This allowed easy transition from colony to independent state. This continuity implied no important changes between the colonial and independent constitution. It is in that context that its continuation is regarded by its opponents as the very definition of colonialism. Former Prime Minister of Jamaica, P. J. Patterson noted that, because the Jamaican constitution was an order in council of Britain and therefore not a creature of the Jamaican Parliament, the time had come for the supreme law of the land to be established as an act of the sovereign Jamaican Parliament. However, in some quarters, there is the view that the constitutional monarchical system represents a better one than the republicanism political form.

The debate on repatriation of the constitution has thrown up three modalities of selection of the new Head of State:
+ ceremonial President appointed by the Prime Minister.
+ a publicly elected President,
+ a President elected by members of parliament.

Another element in the debate on repatriation of the constitution is to ensure that, while the change would lead to the removal of the British sovereign, it does not facilitate the increased political control of the political elite nor enhance the possibilities for constitutional crisis.

New Practices in State Craft Regionally
The post-independence era in the former British West Indies has witnessed the creation of three presidencies, namely in Guyana (formerly British Guiana), Trinidad and Tobago and the Commonwealth of Dominica. In two of these three territories, Guyana and Trinidad and Tobago, there was a change from being an independent monarchy to an independent republic which involved the replacement of the authority of Queen Elizabeth II in person as the Queen of Guyana and the Queen of Trinidad and Tobago respectively with presidencies in which the executive authority of the State was then vested.

Under the independent constitution of Trinidad and Tobago and Guyana the relationship between Queen Elizabeth II as Queen of these colonies was substantially changed from a situation in which she acted on the advice of British Ministers to a situation where she became Queen of these independent monarchies acting on the advice of her Guyanese or Trinidad and Tobago Ministers as the case may be.

Owing to the fact that Queen Elizabeth II is the Queen of so many countries simultaneously, it is, therefore, necessary for her to have a personal representative in each independent country of which she is Queen in the person of the Governor General. The authority of the Governor General of any Commonwealth country (which includes Saint Lucia) is located in the Royal Prerogative of the British Monarchy and it is those powers that are exercised by the Governor General on behalf of Her Majesty on the advice of local Ministers.

The reality is that the executive authority of the State is accordingly grounded in the Royal Prerogative of the British Monarchy. In the circumstances, Ministers and certain other public officials pledge an oath of allegiance to Queen Elizabeth II, her heirs and her successors upon taking office.

The transfer from monarchical to republican status in Trinidad and Tobago therefore saw the transfer of the Royal Prerogative to the new republic as the basis of their State power and the inclusion of transitional provisions in the Act of Parliament creating the Republic and the new republican constitution. In Guyana, provision was already made in the independence (monarchical) constitution of 1966 for Guyana to become a republic upon the approval of a resolution to that effect in the National Assembly by simple majority vote. There were no transitional provisions in the Constitution, but rather replacement provisions to give effect to the transfer. In 1980, Guyana enacted a new Constitution to become the Co-operative Republic of Guyana with an executive presidency.

In the case of the Commonwealth of Dominica, the island had become a State in free association with the United Kingdom (an Associated State) in 1967 under the provisions of the West Indies Act 1967. Like Saint Lucia, Dominica enjoyed full internal self-Government, while citizenship, defence and external affairs were the responsibility of the United Kingdom. Either party (the United Kingdom or an Associated State) could withdraw from the arrangement unilaterally under the provisions of the Act. The independence constitution of the Commonwealth Dominica of 1978 came into force on 3rd November, 1978 together with an Order made after a resolution was passed in the Dominica House of Assembly on 12th July, 1978 that led to the termination of Dominica’s associated statehood following discussions with the British Government. Transitional provisions relating to the transfer from associated statehood to a sovereign democratic republic were included in the Constitution.

Today, Saint Lucia is considering that option of becoming another republic in the Commonwealth Caribbean. Republicanism is the dominant form of Government among the fifty-three member states of the Commonwealth. There are sixteen monarchies of which Queen Elizabeth II is the Head of State and the removal of Saint Lucia from this category will reduce it to fifteen.

The removal of monarchy and its replacement by republicanism in Trinidad and Tobago and Guyana, and the creation of a republic at independence in Dominica required a method of election to choose an indigenous Head of State, namely the President of the Republic. It may be argued that this became necessary because of the fact that the succession to the British Monarchy could no longer be applied to the appointment or election of an indigenous Head of State for a new republic.

These methods, therefore, vary from the direct choice of the electorate, to the indirect choice of the Legislature and to the concurrence of the Prime Minister and the Leader of the Opposition. In all instances the President serves for a period of five years.

The election of any proposed President of Saint Lucia will highlight the challenge of devising a
method of election that will allow the holder of the office of President an important measure of
legitimacy without competing with the Prime Minister and the Cabinet for political dominance in the
system. The method of indirect election dominated by the elected representatives of the people of
Saint Lucia would cater to such a need.

Such a presidency may be described as being quasi-ceremonial based on the mixture of advisory
and minimal discretionary powers exercised by the President. This would not be dissimilar from
what obtains currently with the Governor General. In these circumstances, the shift from the
Governor General to the President is not alien to the political development of the Commonwealth
Caribbean.

There was general consensus among Commissioners that the Presidency should be a ceremonial
one and not an executive one. Accordingly, neither the President nor his/her Deputy would have
control of any Ministry. Commissioners did not therefore support the idea of an Executive
President, as it was felt that the concept was too radical a deviation from the present system and
that Saint Lucian political culture was not ready for such a recommendation.