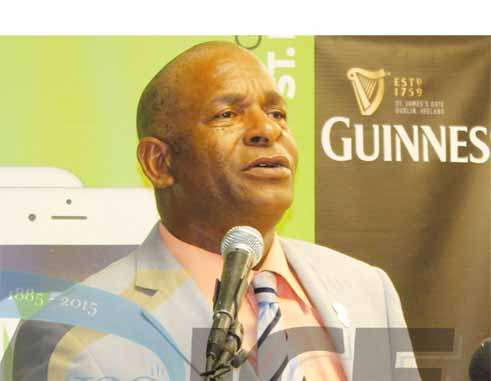 THE 13th edition of Blackheart Knockout Football Tournament kicks off this evening at the Beausejour Cricket Ground in Gros Islet with 16 team’s battling for the EC$25,000.00 cash prize on offer.

From 6.00 p.m. it’s an all Castries derby when Marchand plays arch rivals Central Castries, while defending champions Canaries will come up against La Clery from 8.00 p.m.

Before the showpiece there will be a march past of all participating teams, the national anthem and a few speeches by a number of stakeholders.

Telecommunications provider LIME is a Platinum Sponsor of this year’s tournament.

At the official press launch of the tournament held last week at the Beausejour Cricket Ground Players Pavillion, LIME St. Lucia’s Commercial Manager Cheryl Francis announced that the company had renewed its partnership with Blackheart Productions in yet another demonstration of its strong commitment to the development of local sports and St. Lucia’s youths.

She added, “Together with the Blackheart team, LIME is going all out to ensure that St. Lucia’s premier football competition offers fans lots of great action and excitement”.

Francis said, “LIME is proud to renew its partnership with Blackheart Productions for the 2015 Blackheart / SLFA Knockout Football tournament. We are a socially conscious company focusing on using sports to bring young people and communities together for a wonderful shared experience. We believe that our involvement in this tournament will nurture that ideal”.

She continued: “Every year the Blackheart Knockout Football tournament generates great excitement in the sporting community, and this year will be no exception. It’s all the more reason why we want to help the Blackheart team deliver a professionally produced tournament, one that will bring the next generation of football stars into the limelight and expose the great talent we have here in St. Lucia.”

LIME has been a loyal sponsor of the tournament since 2009 and according to Francis, this year LIME is providing financial support, along with mobile phones and mobile credit along with WiFi connectivity at the Beausejour Stadium, the Soufriere Mini Stadium and the Phillip Marcellin Ground in Vieux Fort to help the organizers better coordinate the event.

David Christopher, Managing Director of Blackheart Productions said: “I am excited to have LIME on board to support the continued development of the tournament once again”.

He continued: “The future of football in St. Lucia is promising as we continue to see growing participation in the tournament from both the players and the fans. This is such an important competition for the youth and communities of St. Lucia and we feel truly grateful for the support that we have received over the years from LIME.”

The tournament takes a two day break after tomorrow and resumes Wednesday evening with Vieux Fort North taking on Roseau Valley from 6:00 p.m. and from 8:00 p.m. Vieux Fort South takes on South Castries.