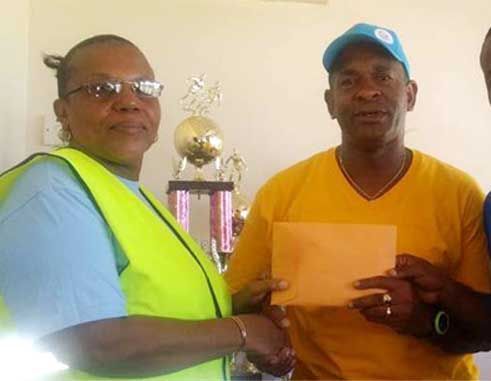 Sponsored | Article continues below
Share this post:
THE lounge of the Players Pavillion of the Beausejour Cricket Ground will be a hive of activity this evening from 7:30 p.m. when organizers Blackheart Production / St.Lucia Football Association launch the 13th annual Tournament.

According to one of the Directors, Brian Mc Donald, the organizers will unveil lots of information and the plans for the staging of this year’s tournament.

To date 16 district teams from around St. Lucia have earned the right to compete in this showpiece that will be played at the Phillip Marcellin Grounds, the Soufriere Mini Stadium and the Beausejour Cricket Ground respectively.

Meanwhile, eleven goals were scored as three more matches were played on Saturday evening at the Soufriere Mini Stadium as promotional warm up matches continued.

In the first match Laborie edged out Vieux Fort South 3 – 2. Luwanga Willie scored two, while Jason Edwin got the other goal for Laborie. Vieux Fort South’s goals were scored by former national under – 17 striker Noah Nicholas and Sham Felicien.

In the second match three time former Blackheart champions Mabouya Valley made their intentions clear as a top contender for this year’s title with a commanding 4 – 1 win over newly crowned play off champions Anse la Raye.

Anse la Raye who blamed absenteeism by some players and injuries, went ahead early in the encounter from a wonderfully struck effort from about 40 yards scored by national player Erickson Reid Magloire. However, Mabouya Valley came back with four unanswered goals, two from KurneilPolius and one each from Vernon Abottand GervanJanvier.

In the final match of the night home team Soufriere the reigning SLFA Heineken Fantasy Champions had a 1 – 0 win over defending Blackheart champions Canaries, the lone goal coming from Artherton Griffith. Canaries had several opportunities to score, but the Soufriere custodian VernelleMontoute kept them at bay with several fine saves.

After Saturday night’s matches Blackheart Productions presented 40 percent of their takings at the gates along with some other food items collected to NEMO as a contribution to the Dominica Fund relief effort.

The final set of promotional warm up matches will be played this Saturday at the Marchand Grounds with a quadruple header.