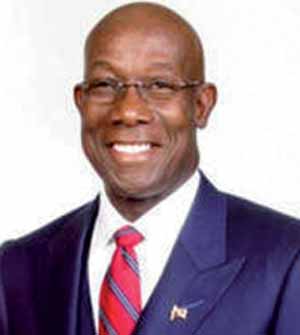 FOR the past five years, the twin-island Republic of Trinidad and Tobago had been a regional and international subject of corruption and other types of wrong-doing, all of which attributed to the doom and gloom which befell this country during that period.

Trinidad and Tobago was once a haven for meaningful and fruitful investment opportunities, which on most occasions, produced a plethora of benefits and trade and investment advantages for both CARICOM and International communities. The wings of external stakeholders, particularly investors, may have been clipped in May 2010, as our shores have been unable to attract them since then. To this end, any attempts to influence institutional strengthening and capacity building may have been shelved.

A positive wind of change revered in Trinidad and Tobago on Monday 7 September, when the electorate changed their political guards with the People’s National Movement PNM emerging victorious in the general elections. This victory for the PNM, is testimony that the citizens of Trinidad and Tobago were willing to entrust their confidence in Dr. Keith Christopher Rowley as our new Prime Minister to not only manage the affairs of the country, but to also restore the regional and international confidence once enjoyed by T&T.

Prime Minister Rowley, who has been in active politics for more than 30 years, has vowed to serve all citizens of the country in a fair and equitable manner. There is a sense of immediate readiness to govern as can be gleaned from earlier statements made by PM Rowley whilst the People’s National Movement was in Opposition “as is the practice whilst in Opposition, we have spent the last five years developing the necessary policies and programmes to re-build our country and our economy, restore confidence, equity, and social justice, and enhance and improve every area of national life.”

He added: “The end result of this exhaustive exercise, is a wide-ranging and broad-based suite of detailed policy initiatives, programmes and measures that will lift us out of the chaos that has been created by the past regime.”

PM Rowley, the seventh Prime Minister to serve Trinidad and Tobago, is a qualified Geologist who graduated from the University of the West Indies, Mona, Jamaica, with a BSc. in geology (First Class Honours), an MSc. in Volcanic Stratigraphy, and a PhD in geochemistry.

Compared to the past regime which comprised approximately 30 government ministers, the Rowley-led cabinet constitutes a smaller, yet enviable team of 24 professionals possessing the skill sets required to manage the affairs of Trinidad and Tobago at this time. The visionary and astute P.M Rowley, intends to merge and strategically align current functions into the relevant ministries, thereby providing for greater efficiency and accountability of operations.

Trinidad and Tobago is now poised to effectively serve its regional and international counterparts with dignity and integrity that would strengthen our bond as ONE PEOPLE!