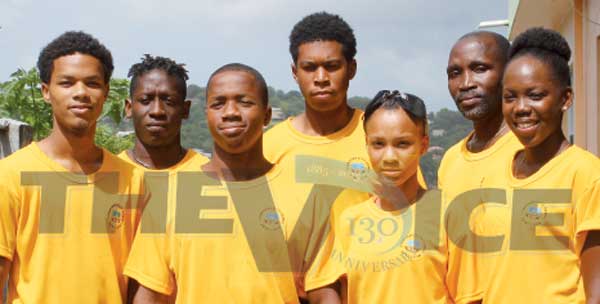 THE St. Lucia Olympic Committee has selected seven athletes to take part in the 5th Commonwealth Youth Games in Apia, Samoa from September 5 to 11.

St. Lucia’s participation will be was made possible through the Commonwealth Games Federation which is paying for four athletes (two males / two females) and the two officials travelling with the team, while the SLOC is spending in excess of EC$30,000.00 on the remaining three athletes.

Addressing a gathering Tuesday when the squard was announced SLOC President Fortuna Belrose said, “The Commonwealth Youth Games began in 2000, but St.Lucia first participated in 2008 when the event was held in Pune, India. The most notable of our performances, has been a silver medal won by Jeanelle Scheper in the ladies high jump in the Isle of Man 2011”

She continued, “In keeping with the standard approach we requested the assistance of the National Sports Federation in identifying the athletes who met the set criteria for their sport.

As customary, we have been working with the respective associations, to ensure that our young athletes are prepared for the challenge at the Games. We have supported and continue to assist our member federations to ensure that the athletes are as best prepared given the resources available”.

She said the challenge now was for the athletes to go off and give of their best. “While we expect the best from our athletes we also have to manage expectations. Our athletes are going off to the other side of the world, so it means when we will be in our beds in St. Lucia they will be in competition”

Belrose added, “It is also a highly competitive environment and all we ask is for you our athletes to embrace the challenge of the Games and give of your best as ambassadors as you will be the reflection of St. Lucia and we expect that you will represent us with pride and dignity in that arena”

While in Apia, Samoa the squad will be under the watchful eyes of Wayne Benti and Melissa Francois two experience teachers