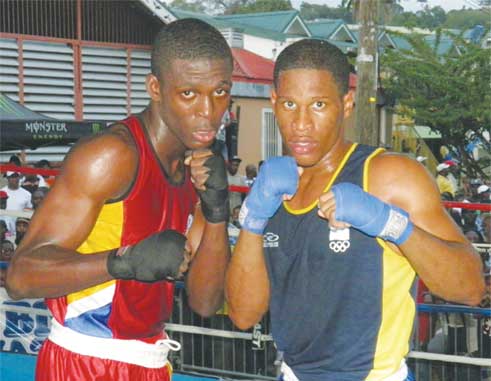 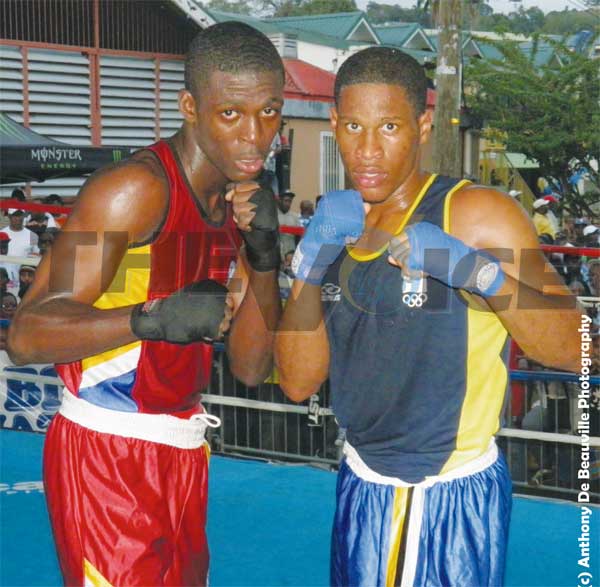 The Martiniquans at home and fielding more boxers than any of the other teams in most of the divisions contested, finished on top with 6 gold medals, 8 silver medals and 4 bronze medals for 38 points. Guadeloupe finished in second place on 23 points after collecting five gold medals and four bronze medals while St. Lucia were third just one point behind Guadeloupe on 22 points with four gold medals, four silver and two bronze.

Despite a third place finish St. Lucia did put in some good performances through Heslie Joseph in the Lightweight Novice division, Arthur Langelier in the Elite Middleweight Division, Lyndel “the Russian” Marcellin in the elite welterweight division and Nathan

Ferrari, in the Light Welterweight Junior Division 14 – 16. Ferrari a student of the Sir Ira Simmons Secondary School was making his tournament debut in the ring for St. Lucia and he scored an impressive unanimous points victory over an opponent from Martinique to claim his gold medal.

The Bronze medal winners were Adrian Louis in the Youth 16-18 Light Welterweight division and Ron Bastien in the elite Light Heavyweight Division.

The only St. Lucian boxer not to return with a medal was Leroy James who was disqualified along with his Dominican opponent in the Novice lightheavyweight division finals.

The local boxers will continue their training in preparation for the world championships in Venezuela next month.