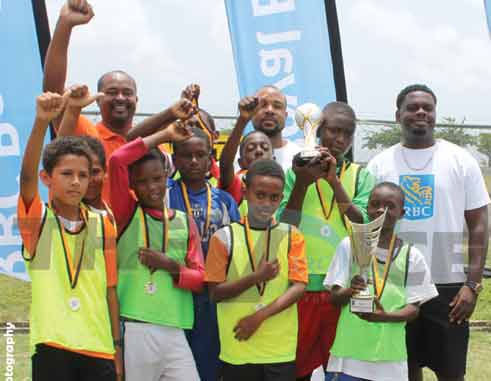 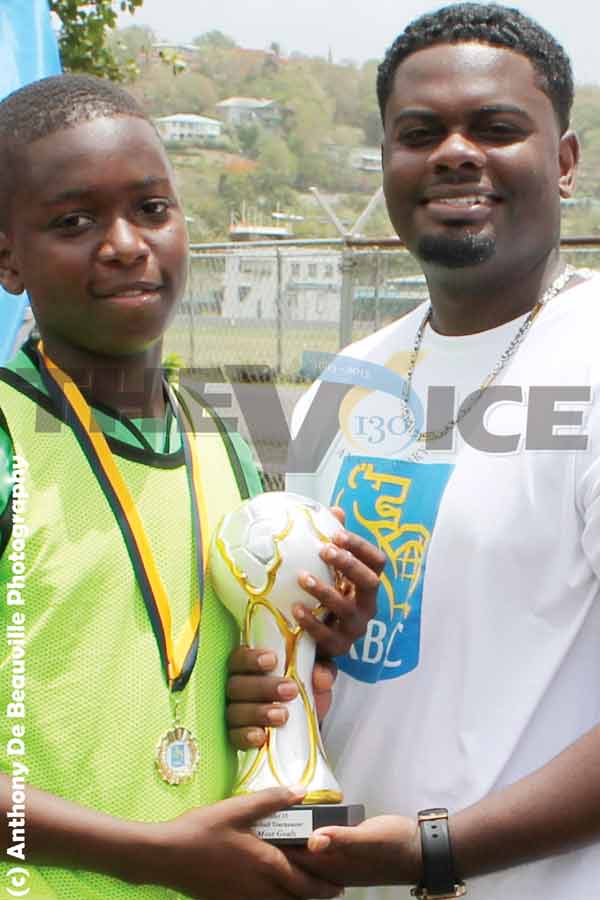 THE Sab Sporting Facility was a kaleidoscope of colours as the curtains came down on the inaugural LIME / Trevor Daniel mini football tournament this past Saturday.

In front of an appreciative crowd VOICE – journalist emerged as champions in a hard fought final against Western Union – Pharmacist that ended in a penalty shoot out.

On the square Shaquan Nelson put Western Union Pharmacists ahead when his right foot shot eluded Ethan St. Rose in goal midway into the first half to leave the scoreline 1 – 0 at the break.

On the resumption the two teams stepped up the tempo a few notches and with moral support from parents on the sidelines the young and aspiring footballers were just as equal to the task despite the scorching heat. Finally VOICE Journalists got the much deserved equalizer from the boots of Jordan Hunte to send the encounter into a penalty shoot out. 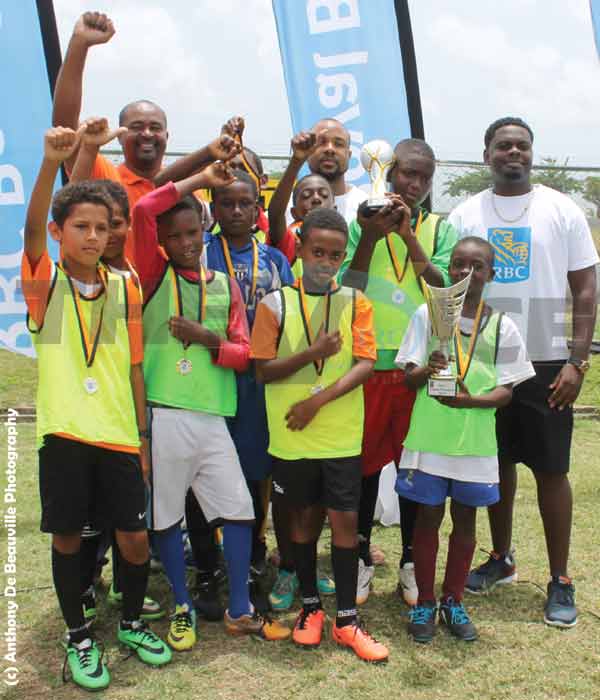 Meanwhile, Ryan Desir, one of the organizers in his brief remarks saidthat there was not enough football being played by the young and aspiring players, this initiative is a timely one and hopefully it will be an annual event. The aim was to ensure that there was an increase in the number of training hours and games being played and these players will get the opportunity to complete with players their age not only locally but from the wider region, Desir said.