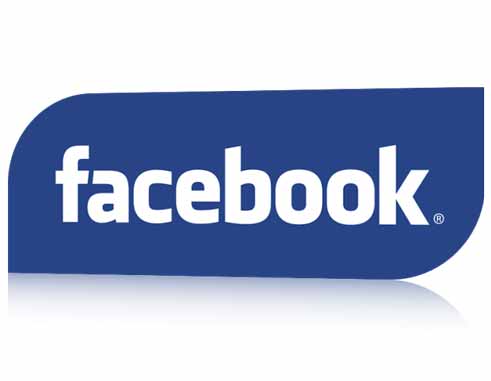 WHEN I first saw the popular Facebook group “St. Lucians Aiming for Progress” (SLAP), I thought, well, what a wonderful initiative! Finally a group that isn’t politically slanted and is instead simply trying to advance beautiful St. Lucia. So I did what over ten thousand others (at the time) had done, I joined.

As it turned out, I was right about some of my expectations and wrong about most.

I can’t say that I’ve sampled all of the content from the group and I doubt anyone can without making it a fulltime job. SLAP is, admirably, a rather active group. But I’ve come across enough of a sample to be reasonably confident that my general impressions are reasonably representative.

No doubt, many members post things and engage in dialogue that easily ‘aim for progress.’ People share wonderful stories of courage and inspiration, of St. Lucians making a positive mark; people single out notable St. Lucians for excellent work etc.

Unfortunately though, posts like those are the sad minority. Instead the majority of the discourse on SLAP evidences a deep political fault line where red is separated from yellow. There are certainly those who try to strike a balance and dissect issues on their merit without degrading every discussion into a political one. But by and large they are drowned out by the masses who are hell-bent on seeing the world from the prisms of their instinctive political interests and biases.

Almost everything in SLAP is eventually politicized and there are precious few instances of many taking a truly objective view of things. And for the few who try, when they do, they are often eventually attacked as being veiled supporters of the opposite side.

Take just about any issue that is currently in the public domain and then take a casual observation of comments about it on SLAP and you’ll see a relatively consistent thread. A set of names will come up frequently as they push a version and interpretation of events that is consonant with their party view. And then you’ll see almost equal numbers on the opposite side. Lambairds Academy, IMPACTS report, Operations Restore Confidence, state of the economy; most people seem anatomically unable to assess the facts of any issue on its own merit and come up with a view that is truly unbiased, untainted and that is in the interest of St. Lucia first. For most, how they opine on an issue seems pre-determined and driven mostly by what is expedient for their party. To them, critical independent analysis is foreign and in its place is the notion that “de party” can do no wrong and the opposite can do nothing right.

Certainly there is room for political discourse and we cannot eliminate from society the otherwise useful debate on political issues or issues that have political currency. It would be naïve to expect that we will all speak without some bias to our political causes. But the extent to which this is par is troubling and speaks to the far deeper and worrisome issue that we are a nation divided along rather angry, obdurate lines. Even when we hear reason on our neighbour’s tongue we cast it as evil. Even when we see filth in our own plates we close our eyes and eat it with terrifying calculation.

So instead of aiming for progress, many of the members of SLAP seem bent on the progress of only their political party. And if that means St. Lucia fails so they could be right, they are okay with that. Theirs is to win at all cost even if we face a shared threat of serious trouble. Lost is the idea that whether we sink or float matters, and it matters far more than who is captaining the raft when either happens.

If we’re so willing to cut off our noses to spite our faces, it must be that there is something personal people stand to gain. What else could cause the vitriolic nature of the often vicious, personal and hate-filled divide that exists and that shames all middle-ground? To support something the government does makes you an SLP agent and to criticize anything the government does makes you a UWP agent. Can’t one simply exist in the middle, an agent of St. Lucia?

People shouldn’t have to preface comments they make about an issue with an academic disclaimer so as not to be classed as another campaigner. People shouldn’t have to be falling over themselves to explain their positions and justify their arguments beyond the merits of itself. SLAPers shouldn’t have to worry about personal attacks because they disagree with another person. And certainly people should be able to express their concerns about an issue without being subjected to an endless deluge of counter examples of “they did it too”. This last one is a favourite tool; whenever someone says something against which entrenched political apologists have no cogent argument, they resort to this text-book ‘Hail Mary’ play: begrudgingly accept that this is bad but quickly point out that the opposite did worse.

Unfortunately this is a reflection of the wider society. Listen to any talk show, hear any discussion and it’s clear that we’re a house divided – the kind Jesus said will not stand. The level of discourse is hardly ever raised to be truly about issues or deal with the merits thereof.

But if this is an issue with wider society, what is the source? For one, in general, our political leaders often create and sponsor the divide. Too frequently they themselves fail to raise the level of discourse above street-level politics, and in the cases where they do address something with calm and reasoned tones, it is often not too long after that their alter-ego is heard on political platforms back in the mud. Too often as well, the issue is addressed only on political platforms. The likely result is that the message resonates with the party faithful and angers those of the opposite party with the ultimate winner being division.

Consider how political leaders on either side deal with their opponents. Frequently the language is coarse and addresses personalities rather than the merits of an issue. When that happens, sure, the speaker scores easy political points. But the cost is that instead of the electorate judging anything on its worth and assessing those who present themselves for office on their vision and ability to execute, we judge based on political colour and pettiness. Ultimately, we fail to see that most political opponents have similar broad visions (hopefully) and that where they disagree is on how best to get there. Opponents they are but enemies they aren’t and needn’t be.

Instead the first notes in any of our political symphonies are usually sour ones; notes that set an ugly tone for the rest of the piece; a piece about the petty stuff; the colour of the suits of the brass section as against the music they play. How can we expect the audience to listen to the music, if the conductors of the orchestra are themselves focused on apparel?

An equally large piece of the blame should go to those of us who should know better. In some small way, it is understandable when someone is operating without the benefit of a higher plain of reasoning and who, because of his educational or economic status is limited in the way he can dissect an issue. But those of us who know better shouldn’t stoop to instinctive self-interest, abandon intellectual honesty and actively promote division. If we know better we should lead the charge for an elevated discourse. If our reputed thought-leaders and educated sons and daughters so gleefully wallow in the mud and we sling much of it ourselves, our youth and those who aspire to be us would infer that at best, we’re a nation of the land, the sea, the mud.

We all have to choose to stop being enablers. We have to raise the level of discourse by demanding it from our leaders and rejecting trash when it’s presented by anyone. We can’t complain about addicts if we’re drug dealers. We can’t complain about prostitution if we’re pimps. We hold the power of change, the power to change. If this is what we inherited, then we certainly deserved better and if this is what we plan to leave our children, they deserve better too.