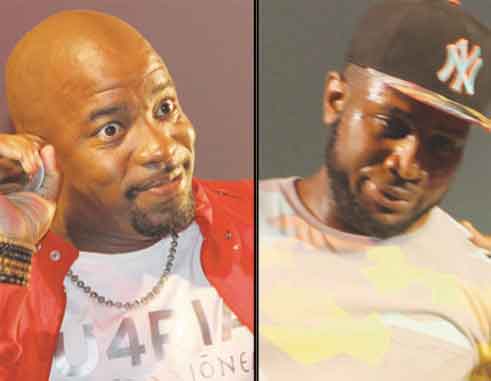 CARNIVAL Saturday in St Lucia will soon have a new vibe, as Deeper Than Soca (DTS) introduces its inaugural event ‘Transcend’ on Saturday July 18, at Samaans Park.

The DTS team premiered its offerings for St. Lucia Carnival at a well-attended media launch at Verve in Rodney Bay on Thursday last.

As revealed at the launch, DTS founder SedaleSimei intends to maintain the pace of the quality of music released by the camp this year.

Prompted by the response to last year’s hit “Pandemonium”, Sedale and Wildfire have collaborated again with the upcoming release “Lawless.”

People have become familiar with DTS music and clothing line during the Carnival season, but this year they have introduced Transcend – an event they intend to make a staple of St Lucia’s Carnival Saturday.

The word “Transcend” means to go beyond or excel. This is precisely what the event encapsulates and what patrons can expect on Carnival Saturday at the venue dubbed the ‘Ascended’ Samaans Park – a venue that will be transformed to deliver a “Cloud 9” experience.

Intentionally, the event’s headliner – Lyrikal – the “Loner” who has brought us hits for consecutive years and the man behind two of the biggest songs for Trinidad Carnival 2015 will be live for his first time in St.Lucia.

Additionally, the official tour DJ for Machel Montano – DJ Stephen – is a major entertainer confirmed for Transcend, and will similarly experience his first St. Lucian Carnival by collaborating with the DTS Camp.

According to the organizers, Transcend will feature attractions that have never been experienced on the St Lucian party scene before.

Said a spokesman: “What is most compelling about Deeper ThanSoca is that it goes even further beyond what we have come to know and love. At the forefront it encompasses music, clothing, and promotion but the overall vision has not yet unfolded.

“DTS intends to use music and entertainment to positively impact and influence our St. Lucians, West Indians, and people across the globe. DTS has major projects set for completion in the near future.

“One of these is a record label – the aim is to focus on developing musical talent in an environment that allows for better management and promotion of local and regional artistes”.

DTS says it wants to break the mold. The group will also venture into philanthropic work and is in the process of launching a foundation focused on youth development. Not only is giving back, near and dear to DTS, but the intention is to be the Soul of Community Advancement (SOCA).