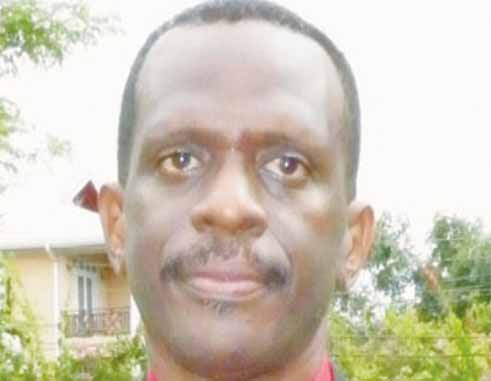 “THE biggest losers are the people who voted for the Opposition MPs”.

Did the nation clearly hear the deputy Prime Minister, correctly as he tried to justify the debacle which took place in the House of Parliament on Wednesday, by stating those insightful words on RCI’s Newsspin?

There seems to be a clear and present disrespect for the people of this country by politicians, and a sheer disregard particularly for the right to know, of the people who did not support the Saint Lucia Labour Party in the last elections. Regardless of why debate was not stimulated by the Opposition, matters of national accountability should not be coloured at the expense of the people.

This is the People’s House where the interests of every Saint Lucian ought to be represented. This is the highest office of the land and the integrity of this esteemed House should not be trespassed or compromised in any way by both sides of the House of Parliament over petty partisan shenanigans. Although customary, in the absence of the Opposition leading on the debate, the government should have taken up the mantle.

The deputy Prime Minister ‘s comment which has already been referenced, may suggests to the public, especially the persons who understand what democracy means, that the government is probably nursing a grudge against Saint Lucians who did not support their Labour Party. There is the underlying impression that those people ought to be estranged from government representation. Has this attitude overshadowed the level of representation that these officials have pledged to collectively impart to one and all as a nation? When the government presents the Estimates of Expenditure, or presents an Address to the Nation, is it only for the benefit of the Saint Lucians who supported this government? Are the people who voted UWP any less human or less Lucian than those who voted SLP?

The complaints of the Opposition that they are continually not furnished with relevant information and documents, in order to adequately represent the People in the House were compounded by the unbelievable statements of the deputy Prime Minister sometime later. This unfolding scenario is most shameful and makes for the worst example of tribalism and alienation this country has ever been slapped with. Moreover when one thinks of Members of Parliament, who are expected to be fair and impartial representatives within their constituencies, which by the way is made up of a mixed bag of SLP supporters, non–voters, underage youth and UWP supporters, displaying such divisive mentalities to this degree does not unify or encourage persons to come together to work jointly for the advancement of their communities and nation.

It is high time the SLP administration headed by the Prime Minister appreciate that the Red and Yellow Model of representation that they are trying to implement is counter-productive, destructive, and exacerbates even further the existing weaknesses of the Westminister Model. Or perhaps there is the desire to replace the Westminster Model with the Red and Yellow Model?

If the government wants to clamour to transition Saint Lucia into a dictatorship wherein they could declare themselves “government for life”, then perhaps they can proceed to try their luck; however in the meantime the constitution of Saint Lucia fully allows for free and fair elections. In our country Saint Lucians of voting age are free to vote and support the party of their choice. No one should be clobbered over the head or in any way punished and shortchanged by a sitting administration because the party they supported was unsuccessful at the polls. As history would attest, Team Labour has indeed ended up being the Parliamentary Opposition far more times than UWP, so why tread on such dangerous grounds? Let us hope that instead of being blindly partisan, Saint Lucians will take an unequivocal stand against the discriminatory approach to governance that the current government appears to be practicing.

People of this fair land who support the United Workers Party or any political party have a right to do so. The distinction among them is perhaps that some political parties may demand blind loyalty while with others there is no requirement or vows to give servile compliance and deference to politicians. In doing the later, a large section of our electorate has lost sight of what governance is all about. They have abandoned their rightful roles as the overseers of the government’s performance in office.

The deputy Prime Minister’s shocking remark is a case in point. Labourites will not chide him for making this unfortunate comment which may have confused many people. It is the people’s job to recognize that if politicians get comfortable expressing dissent for some of the people ( covertly or overtly ) for whatever reason, then gradually they will become comfortable disregarding their accountability to the nation as a whole, while their personal priorities will take precedence above and before all else.

The scenario and dynamics played out in the House of Parliament on Wednesday was indeed disheartening; yet there lies great hope in the assurance that you can fool some of the people some of the time, but you cannot fool all the people all of the time, because they have seen the light.