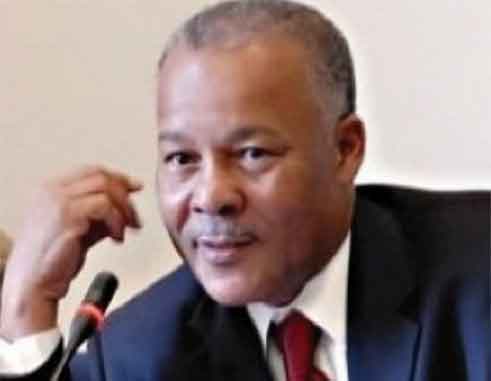 THE significant strides we have all observed in Singapore must always be placed in the context of the political systems that governed the rule of Lee Kuan Yew. It was in essence a one party state, and the reforms that he was able to push through could not happen in the two party politics of the Caribbean. Lee Kuan Yew would have been ousted by his own colleagues within three years, if he was in the Caribbean, and even if he lasted his first term in office, he would have lost the next election. This is the harsh reality of our political systems.

The Caribbean politician has to say things he knows are not true, what we call lies, but more appropriately called ‘political expansion of thought’, in order to survive. He has to compromise because a certain person is a large financier of the party and without his support he is finished, it is called political expediency. He has to tolerate the excesses of someone in his constituency because that person’s nocturnal proclivity has placed fifty votes in his control; it is called political reality in a small society.

So when a politician has lost an election when he was a Minister of Finance, and spends five years in opposition, then loses another election, then leaves his party after a fallout with his successor, he is set free from the shackles of political compromise. Such a man you begin to listen to.

The comments of former Prime Minister Owen Arthur now become of greater significance to students of Caribbean economics. Can Arthur’s comment to sell assets to pay down debts be sound economic advice? He made the suggestion during debate on the 2015-2016 Estimates, in which he claimed the Barbados Government was ‘’ asset rich and cash-strapped.’’ He advised that government should begin to sell certain assets and put the money into a dedicated account to pay down debt.

Should Saint Lucia follow through and also begin to sell off assets to bring down our debt? Can we be described as an ‘asset rich’ country? I would support the sale of assets to pay down debt with a dual purpose of targeting the creation of an investment culture within our country. I will declare that as excellent policy. Saint Lucia has billions in assets if we are to consider all the buildings, lands, ports and shares in ongoing business concerns.

The model is to create a new company called the National Assets Company Ltd (NACL), which will own all the assets for sale. All the assets for sale will be transferred to this company with the government initially owning all the shares. The company is then placed on the Stock Exchange and shares are sold to the general public, the Diaspora, local private companies, and a block reserved for regional and international investors.

The GOSL can therefore sell government buildings on the waterfront for say $ 60 million and then rent back the structure from the National Assets Company; it would mean that the same civil servants now become owners of the building they are working in. We have to grow the culture of investment within the country and thus stock options can be a method of payment to civil servants during salary negotiations. The government’s shares in LUCELEC and Bank of Saint Lucia will also be part of that pool. The following is a listing of some of the national assets that can be transferred to this new entity:

If we target a total of EC$ 500 million as the value of assets to be disposed then this equates to 50 million shares for sale. Every Saint Lucian is encouraged to be a shareholder. The man on Bridge Street who spends his pay on rum on a Friday is told that the same $ 10.00 can benefit his country and help his daughter’s future education. The young man who gambles away on the slot machines is advised that buying a share is a better investment with higher returns than a video slot machine. As a passing comment, it is a national disgrace that the creation of a ‘centre of destruction’on Bridge Street was deemed as Urban Renewal.

The Civil Service Association will accept that the payment of their members in stock as part of wage negotiations will have the double effect of reducing the deficit and reducing the national debt. Our Diaspora will be asked to invest in Saint Lucia by buying shares. I firmly believe that this is the way to go at this time, and slashing our debt by 40 % is an outstanding achievement.

I therefore solicit the views of the economists within our society, who have maintained a deafening silence in commenting on the national issues. We are in a position now where the collective intellectual capacity of the country has to be mobilized; the politicians on both sides of the political divide do not have all the answers. There is a ‘thought seed’ lying in the community of Bouton that can be planted to produce the fruitfulness of sound economic policy.
As I have said before, the answers are not traditional; there is no model for small island states of our size of population and land space. We have to be innovative, bold to try new ideas, and courageous to accept that if it fails, to get up, dust our pants and to try again.