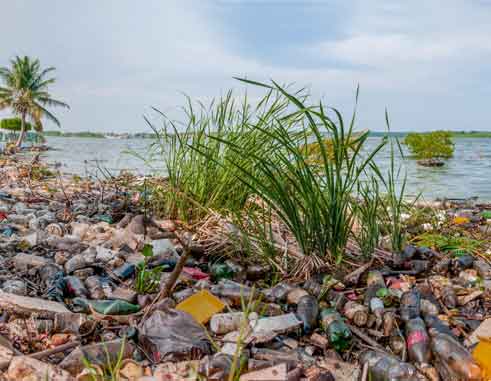 FOR the past thirty years several thousand gallons of raw sewer has entered Castries Harbour in the eyes of all and sundry. This cannot be right. Some twelve years ago, I visited WASCO along with a business partner who was willing to instal and finance a treatment plant at the promontory exactly where all the discharged pipes are located, whereby all the sewer would have been trapped and treated.

Without providing the name of the individual at WASCO, this official showed no interest in dealing with this issue, besides our highlighting the environmental impact taking place on a daily basis and above all, the threat imposed upon our Tourism product, a product our Prime Minister has praised so much in recent times.

I have spoken time and time again over the years on this serious state of affairs but my advice has fallen on deaf ears, but more importantly, on the ears of officials who can’t comprehend the nature of the damage. Many of us who drive along the waters’ edge may have noticed the tug boat which sank some months ago, but today as salvage operations remain ongoing; the international divers/salvors have reported that the pollution in Castries harbour is about the worst in the world. The extent of the pollution is approximately 7 feet deep.

It is so awful that when ships enter Port Castries utilising their various thrusting devices, the visibility below the surface turns to zero. The salvage operations which are likely to be completed within the week were severely hampered by all this excessive pollution. However, could this be the final eye opener when prompt action will be taken and we don’t mean adopting another feasibility bearing in mind that the French Government some six months ago provided 100,000 Euros equivalent to EC$300,000 for another feasibility when in fact, these funds should have been directed towards the cause and not the symptom. What we wish is instant action in the name of a treatment plant.

Our planning department which never fails to request an EIA (Environmental Impact Assessment) on most projects undertaken whether applicable or not, remains within a bird’s eye view of the greatest environmental disaster and for thirty years has paid lip service. While on the subject of environmental issues, we must also highlight the ongoing situation within the Choiseul Fishing complex which has been equally polluted for thirteen years after an ill-conceived break water which has permitted thousands of cubic metres of sand to obstruct the natural flow of water, thereby, converting a beautiful waterfront into a cesspool and no one seems interested in addressing this calamity.