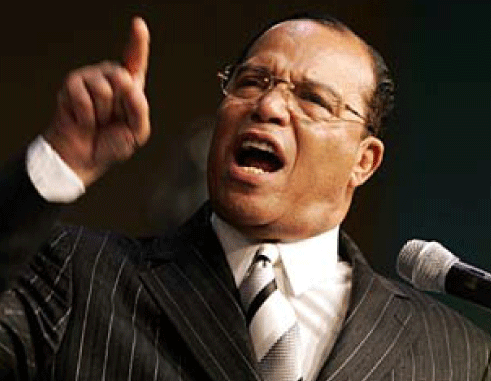 THERE’S something about Grenada’s contribution to the world of Black American politics.

In the past four decades, this small Caribbean island has produced everything and everyone from an ugly dictator to a universal beauty queen, from an internationally acclaimed revolutionary leader to the parents of world class athletic and motor racing champions. Its contribution to Caribbean history — and its politics – is also simply unique. Its role in CARICOM and the OECS remains as key as that of any other member-state. And its contribution to the Black American struggle is also quite unique.

It’s only now being more openly and readily acknowledged beyond Grenada and Caribbean shores that Malcolm X and Louis Farrakhan each had a Grenadian mother. That much is being increasingly and more readily accepted across the Caribbean as a regional compliment of some worth. But the extent to which what they said and did is sufficiently understood in Grenada and the Caribbean that remains a problem. And even greater is the mistaken feeling that what they preached and practised was only relevant to blacks in the America.

Farrakhan is still with us, but Malcolm X was murdered 50 years ago. Farrakhan continues to pound the turf to this day, even though at a slower pace. Malcolm left for the infinity of eternity five decades ago, but his words and actions have remained and are still there for all to hear and see. But both stomped the ground with equal measure in their own way, each influencing the direction of the Nation of Islam.

Malcolm’s life process taught him many lessons before ‘that cold sunny Sunday’ recalled by those still alive to recall. He’d adored Nation of Islam Leader Prophet Elijah Muhammed just as much as Muhammad Ali did after his conversion from Cassius Clay. But along the way Malcolm discovered chinks in the prophet’s armour and traced much of the ugliness masked by his holy veil.

But Malcolm’s discoveries didn’t lead him to challenge the prophet or seek to replace him. His mission was not to publicly expose and denigrate the leader of Black American Muslims, but to offer them new vision and new hope.

Malcolm’s whole perspective on race and Islam changed after he did his first Hajj trip to Mecca. The number of White Muslims he came into contact with convinced him the struggle of Black Americans could not just be against white skins.

On his immediate return to America Malcolm changed course, preaching a more universal brand of struggle to Black Americans. He sought to build a new movement to ask Africa to help Black America take Uncle Sam (not White America) before the world court of the United Nations. That was a game changer.

I don’t know much about where Farrakhan stood back then in relation to Malcolm, but the fact that he remained with the Nation of Islam and eventually succeeded the Prophet in the leadership role did place on his shoulders the need to clean-up the mess emerging from the stories from the veiled mouths of the young ladies of the prophet’s inner court.

That the Nation of Islam survived and continued to grow under Louis Farrakhan after the Prophet departed is as much a tribute to him as was due to Malcolm for showing the courage to disagree with and even question the prophet leader.

I used to listen to a few tapes of Farrakhan in the late 80s and early 90ss from a cousin who followed him in America – and who eventually became Saint Lucia’s Foreign Affairs Minister. Farrakhan had tremendous influence on his style of elocution.

I also remember Farrakhan’s firebrand brand of preaching winning him hearts across the Caribbean, especially in Jamaica where conscious deejay’s dubbed his globally relevant speeches into their native dub music for a better ease of delivery into local consciousness.

And I particularly remember one speech in which Farrakhan referred to the IMF as ‘an International Mother…’ (saying something else than Fund without using any such word!)

I feel Farrakhan still has his role, as does the Nation of Islam, in this day and age when the likes of Islam is being given such a bad name and image. That he was the main guest at Jamaica’s recent honouring of Marcus Garvey’s centenary says enough about how – like Malcolm X — he too still shapes minds in Garvey’s Caribbean homeland and beyond America’s shores.

Malcolm made it quite clear, more than fifty years ago, that the Black struggle is not about killing off the White enemy, but breathing new life into the struggle and taking it to more Black people the world over to ensure more see the struggle is beyond mere colour of skin or texture or hair.

Yes, there’s a thing about the fact that Grenada produced the mothers who bore Malcolm X and Louis Farrakhan.

I have always leaned more to Malcolm’s teachings – and it has nothing to do with him and I having the same birthday.

It’s for the same reason that, as March 13 approaches and Grenadians prepare to pay tribute to revolutionary leader Maurice Bishop, I continue to hope that Malcolm (and Farrakhan’s) teachings will eventually take sufficient root in their respective mothers’ homeland to help make a difference in shaping the way Grenadians (at home and abroad) see and shape the future of the three-island state.

And it has nothing at all to do with the pride that my very first son Samora (indeed, my very first offspring) also has a Grenadian mother…