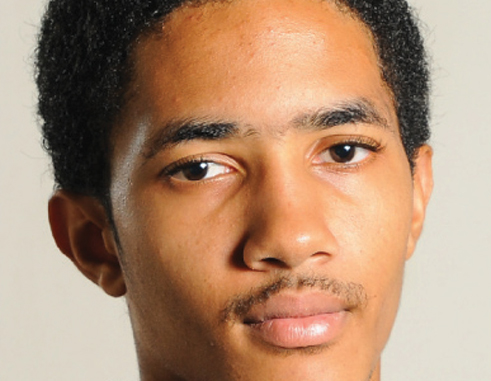 THE earth’s drastically changing climate is without a doubt having a significant impact on a geographical, environmental, economical and social scale.

Many would argue that this is a naturally occurring, cyclical pattern the earth experiences every 50 to 100,000 years. This may be so, granted there was no Industrial revolution to dissipate our stratosphere prior to the first large-scale ice age! On the contrary, disassociating with much scientific reason, some religions conclude that the punishment of God is the cause of climatic distress; that just as a woman suffers labour pains before the actual birthing process, the earth is experiencing just the same. What would be your synopsis?

Firstly, on a humanistic level, scientists place blame on the inevitable actions and reactions in our interplanetary solar system for the variations in our climate. For instance, the insolation (incoming solar radiation) can be the result of intense climatic fluctuations on both ends of the seasonal spectrum. This means sweltering heat for those in the tropics or at summertime worldwide, frigid temperatures in the winter, and unprecedented torrents of rain (along with ferocious storms) for just about any part of the globe where rainfall is expected. All this is partially due to the earth’s spin atop its axis and its rotation around the sun. Just as a spinning top begins its merry-go round, it maintains a steady balance; but becomes wobbly as its speed decreases. In similar movement, the earth spins atop its axis. According to Serbian scientist and astrophysicist, MilutinMilankovitch, this wobble equates to a variation of 23.5 degrees to either side of the planet’s axis. In layman’s terms, the greater the tilt in the Earth’s rotation, the greater the amount of solar radiation striking specific parts of the planet. This, in turn, will result in volatile temperature differences and weather patterns. We have covered just one of the “naturally occurring” scientific theories of extreme weather changes. I’m sure by now you’re probably thinking, “Wow, my contributions are futile under the flares of a fiery sun!! Right?” Wrong.

In recent decades, scientists and environmentalists have harped on the cause of global warming as an over-combustion of greenhouse gases in the earth’s ozone; a vast contributor being man’s activities. To understand the effect of our artificial contributions, we must decipher the term “Greenhouse Effect.” By design, our planet is blanketed in coats of dense Greenhouse Gases like water vapour, carbon dioxide, nitrous oxide, and methane. When solar energy penetrates the e0.arth’s surface, the GHGs absorb the sun’s radiation-relative to the function of glass over a garden greenhouse-trapping heat within, which warms the earth’s surface. When the sun’s energy is reflected back into space, earth maintains a much cooler atmosphere. So here you have earth’s natural system of adapting to the sun’s energy to balance earth’s temperature. earth’s normal atmospheric thermostat has been pleasantly set at 59 degrees (F) for the past ten thousand years, however, since the Industrial Revolution of the 1700s, has been steadily increasing. This uptick has been noted as a result of man’s excessive carbon dioxide emission (CO2), primarily, as it is a key player in climate change.

CO2 is emitted naturally through animal and plant respiration, volcanic eruptions and ocean-atmosphere change. Anthropogenic output of CO2 and other greenhouse gases such as methane, nitrous oxide and chlorofluorocarbons (CFCs) include burning mass quantity fossil fuels, deforestation, car exhaust, and landfills and agriculture. Did you know that, according to National Oceanic and Atmospheric Association (NOAA), the current carbon level is at its highest in the last 800,000 years? Were you also aware that, presently, human activities expel in excess 135 times as much CO2 as volcanoes each year? Surprising evidence, to say the least.

While mankind has acquired a few potentially effective, Eco-friendly solutions to the gaseous plume looming our atmosphere, spiritual leaders and biblical prophecy hold to a far less evasive outcome. Undoubtedly, many clean, renewable energy sources such as solar energy, geothermal energy, wind energy, and ocean energy have provided alternative means for energy production. They combine the abundance of the elements (earth, wind, water, fire) with technological inventions and energy engineering to give us a fighting chance at purifying our air, land, and sea resources. Albeit, many believe an irreversible damage has already been done.

Many biblical students, Bible scholars, or faithful believers attest to the proximity of past biblical scenarios, the events that led to such scenarios, and the reenactment of a greater display in the present day. One such historic biblical event can be found in the book of Genesis, chapter six through four, “I will cause it to rain of the earth forty days and forty nights.”

According to Genesis 6:5 “ The LORD saw how great the wickedness of the human race had become on earth, and that every inclination of the thoughts of the human heart was only evil all the time.” It was this unending evil desire in the hearts of men that caused a global flood – one for the history books. Ironically, it may well be the lust for power and success, motivated by greed in this present era that is causing a volatile shift in the atmosphere. Moreover, although not in comparison to the global flood described in the Holy Bible, a most recent account of torrential flooding occurred in northern and central California on December 12, 2014. The downpour produced isolated urban and flash flooding, along with mudslides triggered by wildfire-burned areas. California received such a generous deluge in the wake of a progressively severe 15-year drought – what some meteorologists call a “megadrought.”

Can this all be coincidence? That biblical scripture underlines every weather anomaly under the sun? Ezekiel 13:13 reads “Therefore thus says the Lord God: I will make a stormy wind break out in my anger, and there shall be a deluge of rain in my anger, and great hailstones in wrath to destroy it.”

In the end, whether precisely scientific, or prophetically biblical, none can deny the uncanny behaviour of earth changes. Nor can any refute the fact that in either synopsis, human activity reflects the initial outcome. Given the evidence, decide this day which way you believe is the best way out for all of mankind.