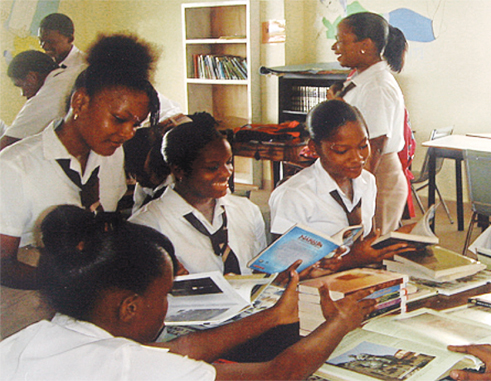 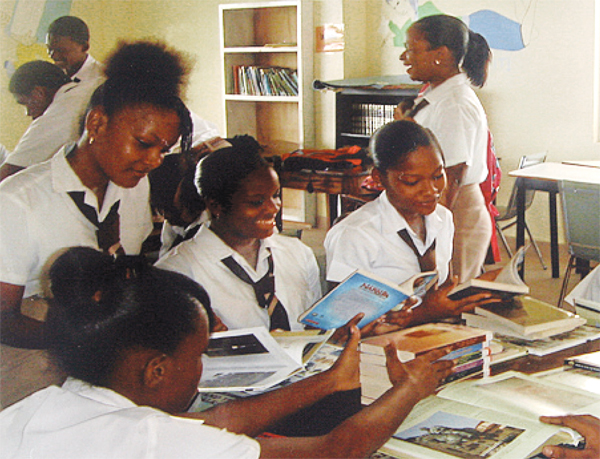 THE Ministry of Education has very recently completed a review of Primary and Secondary school text books for use in primary and econdary schools in Saint Lucia. The review had created some

discomfort amongst educators as well as parents in Saint Lucia. This article is intended to revisit the issue of school text books and the school book review in particular.

I would like to begin by pointing out that in the world community in which we live today, the importance of education and, indeed, learning cannot be overemphasized. In the academic year 2011/12 government invested $57.m3 in Primary School Education alone. The direct investment by parents per primary school child is estimated to be $1,200. This does not include other requests which would be made by the school during the school year.

I have deliberately used the word invest because both the government and parents desire to obtain ‘attractive returns’ on their investments. It is also their desire for school children to become active participants in the learning processes at the Primary, Secondary and tertiary levels of education in Saint Lucia.

Now the school books review which happened in 2014 had not been a first time affair. As a former school principal this has been ongoing from the time I was in active service. I can attest to the fact that the

Ministry of Education would set up a review committee to review primary and secondary School texts and make recommendations to the Minister of Education. It used to be done every three (3) years. However, I have learnt that it is done every 5 years now. But whether the review is done every three or five years is not the critical issue. What is important is to understand that the world, the society, the communities in which we live are changing at a phenomenal rate, and those changes are bringing with them a lot of new knowledge and skills which, I’m sure, we would want our children and students to tap into. Therefore, the review of school text books is absolutely necessary for the enhancement of teaching and learning.

In conversation with a former educator, she indicated that because of the harsh economic climate and resulting strain on parents, that new texts books should not have been released this year. In my view, to postpone those recommended texts would be like post-poning one’s birthday which is inevitable; postponing new information, strategies, methods, and skills, is postponing new learning.

A sound argument to me would be to reduce the number of texts in a subject area which are recommended for purchase by parents and for use by students, particularly in the primary school. And that was one of the original intentions of the school books review process.

But in addition to the set of Caribbean Language Arts books, a text entitled Developing Skills in Composition has been recommended. My personal view is that that text book is not necessary as a prescribed student text for students. However, it could be used as a teacher’s reference book.

Now here are my two principal points of argument. Firstly, a section of the Caribbean language Arts Workbook could have been devoted to activities to be done by the students. I have seen many books structured that way. To my mind, a separate activity book was not necessary. Our Saint Lucian teachers are so trained, and skilled, that they possess the ability to provide follow-up activities to coincide with the Caribbean Language Arts Workbook.

My second point of argument is that the time allotted to Language Arts on the time table is unable to support all of those text books to the extent that a couple of them are hardly used in the classroom. I am speaking here as a former principal, and not a bystander!

But if I am allowed to stretch the argument, I would say that as a parent, I have seen my children, and now grandchildren come home at the end of the school year, with books that they hardly used or did not use at all. It would be interesting if someone takes me to task on this proclamation. I would be quite ready to respond.

Now I won’t even bother to go to other subject areas since the point has already been made with respect to the Language Arts.

Text books are important tools of learning, but they must not be used ‘slavishly’. I have taught long enough to understand that they are more ‘reference’ books designed to reinforce concepts which have been taught in class. In many instances classroom teachers are better poised to create exercises or what is often referred to as ‘riders’ to reinforce concepts or learning.

Some years ago, the Ministry of Education insisted that recommendations be made of more classroom sets and limit the number of recommended for the students.

This idea is of greater value now, more than ever before, with the economic situation being what it is today.

There are many authors in the Caribbean today. And I have perused very many excellent text books. While I agree that those texts would bring with them some new skills, many of our traditional texts continue to present the basic language skills which our primary school students require. And so, it is not about enriching authors or publishers at the expense of parents who are struggling financially to meet the cost of education for their children.