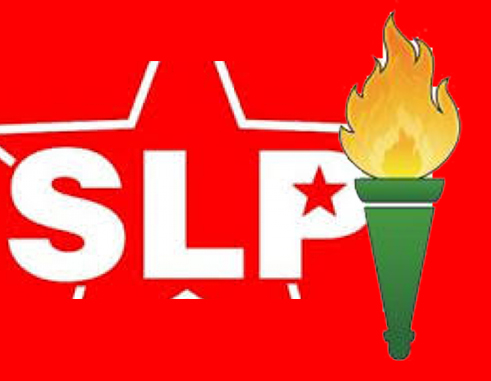 THE St Lucia Labour Party’s Conference in Ciceron, last Sunday, provided yet another opportunity for the people of Saint Lucia to observe a governing party full of confidence in its leadership’s ability to take our country forward, this notwithstanding the difficulties which a fragile world economy has been posing for small countries like ours.

The conference also provided an opportunity for the leadership of the party and government to justify the cautious but deliberate steps that have been taken in the light of the dramatic movements of oil prices in recent times. Those cautious and deliberate steps ensured that when gas prices were lowered, it did not negatively impact on the stability of the economy, and did not exacerbate the difficult fiscal situation inherited from the last fractious UWP government.

In that context, the UWP leadership, if it can meaningfully be called that, found little space for credible criticism of Prime Minister and Minister for Finance Dr. Kenny D. Anthony’s deliberate pacing of the movement to reasonable petroleum and natural gas prices, leaving the loquacious Chastanet to eat his previous criticisms of the government’s approach.

There can be little doubt that the people of our country are greatly appreciative of the deliberate and measured way in which this matter has been handled by a caring government, unwilling to undertake opportunistic measures for its own benefit. Instead, the Government has ensured that the manipulation of petroleum and gas prices fit in with the determination of the government to pace itself towards gradual stabilization of the fiscal situation in the context of the movements of world prices and the ability of the government to fulfil its obligations to the national community.

This so far successful approach to economic management has continued to allow our country, unlike many others, to stand aside from the clutches of the International Monetary Fund, a possibility that the opposition has been regularly pronouncing on and hoping for, as a fulfilment of their doomsday preaching to the Saint Lucian electorate. The UWP leader’s continual predictions about our economy being mismanaged, and given on the basis that he is, supposedly, a professional economist, have been persistently thrown out of the window by the initiatives taken by our Finance Minister, leaving Allen Chastanet gasping for breath every few weeks.

The result has been yet another perception on the part of our people that Chastanet’s pronouncements are like straws in the wind, being floating wherever the wind blows, and never in the direction of truth and the facts of our economic situation.

So it has not been a surprise to experienced observers of our political scene that the alleged high point of UWP objections and protests fell on deaf ears, embarrassed by placards that demonstrated what we already knew of Allen Chastanet – that is, his contempt for the people of our country, especially the poor and dispossessed. Even when the offensive placard became the focal point of all Talk Shows and newspaper articles, Chastanet’s contempt for the average Saint Lucian did not allow him to apologise for the disrespect he so openly condoned.

The insistence, in recent times, by the leadership of the Saint Lucia Labour Party that the UWP is today led by one of the country’s most contemptuous individuals has now been been publicly proved to be true. This has left embarrassment not only on the faces of the UWP rank and file, but worse than that, it has opened fissures in the ranks of the party particularly its leadership. They are embarrassed at Allen Chastanet’s ostensible tolerance of an offensive placard placed within touching distance of him. Moreover, Chastanet’s attempt to lead the party not by consultation with its elected leadership, but by conspiracy and collusion with a selected few has caused much anxiety not just within the party’s leadership but also within the party’s traditional financial backers.

The result, as is becoming increasingly clear, is a further demonstration of the self-centredness and self-satisfaction of a leader who refuses to bend his ears to the experience of those who have spent years on the parliamentary benches, in and out of office. Indeed, he has now publicly referred to former Prime Minister and current Castries North Member of Parliament, Hon Stephenson King, as someone not likely to hold on to his seat. Imagine King who has succeeded at the polls on four separate occasions is now being ridiculed by Chastanet, a man who has not only failed electorally but, additionally, a man who has set his sights on nearly every seat within the country hoping to get an easy passage into the House of assembly. That the UWP is led by a man with no vision was manifest in the confusing parade of inconsistency and lack of intelligible commentary by UWP members in the House of Assembly during the debate on the Boundaries Commission Report.

That Chastanet, not a member of the House, decided to ignore, for his opportunist reasons, the fact that members of the Boundaries Commission, appointed on the advice of the Leader of the Opposition – she serves as his party’s deputy leader – had not only participated in all the Commission’s deliberations, but had actually signed its Report, was only the latest demonstration of his contempt and inability to come to terms with persons who have had long experience in dealing with matters of electoral reform.

Even hardened UWP supporters are expressing surprise and disappointment in the performance of their Members of Parliament during the last House sitting citing the performance of Guy Joseph in particular, as a new low for the UWP.

What is now patently clear to all right-thinking individuals – though Chastanet may be blind and deaf to it – is that the behaviour of the UWP’s leader, obviously increasingly embarrassing to some of his colleagues, as illustrated by the last-straw protest on the part of Stephenson King’s constituency, is that this leader of the UWP is a persistently divisive figure in a party which, for the most of its history, has always been reluctant to wash its dirty linen in public.

Prime Minister Kenny D. Anthony has, in the wake of the UWP misbehaviour, reminded his party’s following in Ciceron last Sunday, that the priority of both the SLP government and the Party is to make sure that they inform the people of the country of the path – step by step – which our government is taking to ensure a viable restoration of our country’s economy in these difficult times. Equally, we must continue to remind the people of our country that an individual – now the latest pretender to the throne – described by the High Court and Court of Appeal as not being a “credible witness”. Chastanet would like us all to think otherwise, but he knows as well as we do, that what the law lords said in local parlance is that Chastanet is not someone whose pronouncements can or should be believed. Is that someone we should have as the country’s leader?

The answer is a resounding NO! This is a man who cannot heal. He ignites quarrels. His internal quarrels with his own executive not least among them the Leader of the Opposition is enough testimony.