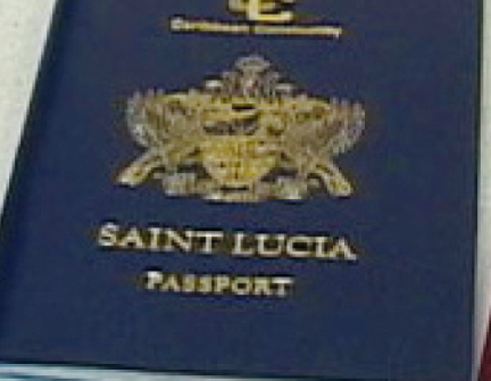 THE EDITOR:
Please allow me to address this to our Prime Minister:

Dear Prime Minister
I have never written to you before, nor ever sought an audience, as I have always thought that whatever decision you take which might negatively impact us could always be corrected at the ballot box.

So, for example, I did not join the recent march clamouring for relief from high fuel prices, as I thought that the more fundamental issue was that of transparency. For this debate to have raged for so long is testimony to its absence, and while you have finally done the right thing, that debate will also be reflected in the ballot box. Why have you not simply published the full calculations over the last six months so that all of us could understand what has been done?

Now though, with the advent of your committee’s report on the establishing of a “Global Residence and Citizenship Programme”, I feel that I must beseech you. As, while I have tried to be generous in the past and have interpreted the impact of your stewardship as simply an attack on our bellies, this time I fear that your attack is directed at a much more sensitive and primal part of our collective anatomy. This time, you are attacking our soul.

How could you? How could you even consider the concept of selling our citizenship? You, the leader of a Party which only in our recent past crucified the late Sir John Compton for supposedly selling our patrimony. This, when it became apparent that the Commonwealth Development Corporation owned Pigeon Island, even though only as a result of the development of the entire Rodney Bay and Causeway areas. Pigeon Island is however now vested in the National Trust, and no lasting harm has been done.

But as if to commission a report were not enough, you now propose to encourage public discussion of it. Much as it may be clothed in the academic credentials of its Chairman, the recommendation of this report is deeply disgusting, and one which suggests a certain desperation in our economic circumstances. Have we no pride left?

As for the report implying that others have done it and so maybe we should consider doing it too, what can be said other than that this argument can be used to justify anything. It is the type of argument however that is most often used when no justification at all can be found for the intended course of action.

This impending disgrace is not just about citizenship however, because as a people, we have always been welcoming of others. In fact, some would argue that we overreach in this welcome. No, this is more about what is being proposed for exchange – an identity, for money.

What is the price of my nationality to be, Prime Minister? How high, or how low?

Sadly, whatever the price, this concept of “citizenship by investment programmes” will turn all of us into something which we would never have chosen for ourselves. As make no mistake, once you name your price, you also define your character. And I mean no disrespect to those who freely choose to participate in the world’s oldest profession.

Know as well, Prime Minister, that once you enter this profession, there is no turning back. You can never again be what you once were before taking that step. Please, do not even consider the possibility of condemning us to forever walking with our heads bowed in shame.

So here we find ourselves, Prime Minister, as we prepare to celebrate this our thirty-sixth year of independence, at a juncture. A juncture which calls for Leadership from you. Reject this report outright. Do not encourage public discussion of it, as we can only demean ourselves by participating in a discussion of this. Instead, dump it.

If however you find that you must embrace this report, Prime Minister, then do the right thing, now. Do not first bring public opprobrium onto yourself before doing what is right. Make the suggestion contained in this report, this concept of “citizenship by investment”, the subject of a national referendum.

Barring that, let it be the centrepiece of your manifesto for a national election.

But if in the final analysis, Prime Minister, you truly have run out of ideas for our economic development, then, again, do the right thing. Now.