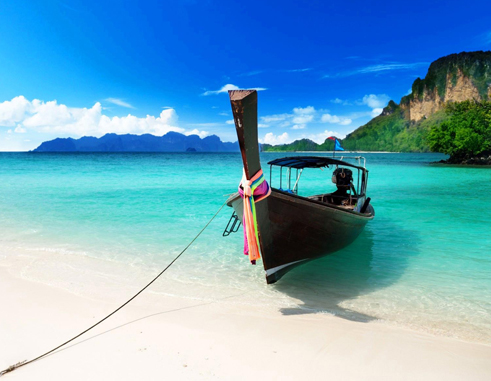 IN the last two decades or so, the great wave of globalization seemed to have lifted several low-income and emerging economies out of economic despondency; and may have even given them a new lease on life. The “Asian Tigers” as well as several other emerging economies, through outward-oriented strategies and modern industrial policies, were able to benefit hugely from the gains of increasing global trade, foreign direct investment and new opportunities in global capital and product markets. In large measure, university and college curricula were updated, and research and development centres became ubiquitous in the region. Polycentric innovation was the order of the day. Although the pace of that development has somewhat slowed in many countries and regions of the world, the opportunities for economic alignment are still present if only progressive and lateral thinking are applied to facilitate better economic planning and the allocation of national and regional resources.

Admittedly, the continent of Africa was a bit slow to connect to the world economy, but now with better governance structures in place and improved research capabilities, they were able to do some catching up and in some cases a little leap-frogging. Today, the continent is being hailed as the next innovation frontier. But where does the Caribbean feature in all of this development narrative? Have we not learned any lessons from the rest of the progressive world when it comes to issues of multilateral trade and economic co-operation? Does the stock argument about size and population still hold water or is it just a convenient excuse?

Alas, the low economic level of the vast majority of our people in the Caribbean remains a basic problem. Some economists concur that every region in the world seems to be developing except the Caribbean. Is that true?

The base of all economic development is investment. The future challenges of economic development give rise to three foundational principles on which economic development investments should be based: exports, productivity and sustainability. Sympathetically mindful of the challenges of small island states, there hasn’t been any significant co-ordination of foreign and investment policy in the region (both at the CARICOM and OECS levels), and sadly we are still stuck in the eighties’ mindset of preferential treatment in trade matters. The Caribbean in fact gives the impression in the developed world, that the region has conflicting foreign policies and priorities, enjoys a laid back, carefree lifestyle based in part on a parasitic relationship with the industrialized world from which it has no intention of diverting.

On the governmental level, it appears that economic logic has become impotent in the face of political power. Institutional leadership and initiative, including the destination stewardship of the Eastern Caribbean Central Bank has been anything but forward-looking. Considering the possibilities of modern international banking practices which can creatively be applied to create national and regional economic momentum (both conventional and unconventional), not much has been done on the part of the ECCB in the management and overseeing of OECS economies. One gets the impression that the ECCB is on autopilot. Unlike many other central banks which have, out of necessity, focussed on growth and investment in their respective countries and regions, the ECCB seems to be oblivious to the realities of the small island states and has set its sights almost pathologically on currency stability.

Essentially, the reality of our times demands a greater effort on the part of the OECS at joint marketing and investment through the pooling of resources to allow the region to enjoy economies of scope and have greater exposure to European and emerging economies. Going forward, this idea is both indispensable and inevitable. Basically, a greater presence on the world stage will necessitate a greater and more creative use of the Caribbean Diaspora; and persistent professional lobbying in the corridors of political and economic power in the US, EU and BRICS countries. As we embark on an investment offensive to save our region, more energies and resources need to be rechanneled to economic lobbying.

Once more international security has brought the Caribbean-US partnership into focus. Why can’t we use that opportunity to make our case for greater social stability through foreign investment? Nothing good comes easy anymore; we need to explore creative ways to lure potential investors to our island. As is often cited in international relations, we quite often don’t get what we deserve, but what we negotiate. The focus should not be on aid (although technical and financial assistance are still necessary) but on increasing trade links and presenting the region as a repository of optimism, having a stable environment with plenty of opportunities in the solar energy sector, recycling, manufacturing and the creative industries.

Another crucial point of priority is the strategic redeployment and reallocation of diplomatic resources to hitherto unexplored economic regions including Africa. For too long now, we have depended too much on North America and Europe for investment opportunities. The time has now come to explore the new frontiers in Africa, India and China and do more partnering with their governments, universities and think tanks. Reassessing and recalibrating our relationship with international agencies and organizations will help maximize ideas on capacity building and improve international technical standards.

Ostensibly, China has a strategy for the Caribbean and its resources, but do we have a strategy for China? Emulating the standards of developed and emerging economies as well as copying their models of productivity, education and health care may just provide us with the fillip and momentum needed to resuscitate our economies and pursue a more balanced sustainable development in the long-term. As a collective entity, we must continue sourcing more technical assistance to help us balance economic development with environmental protection. Food production and exports in the OECS region should be more co-ordinated and all efforts made to reduce the region’s food import bill.

Maintaining the status quo means to advocate reinforcing poverty. In projecting the quality of life required in the Caribbean, we should ask ourselves about our collective Caribbean destiny in the next crucial ten years. The grandiose speeches about the single destiny of the Caribbean must be translated into more concrete steps to collaborate and deal collectively with the rapidly changing circumstances of global alliances and competing interests.