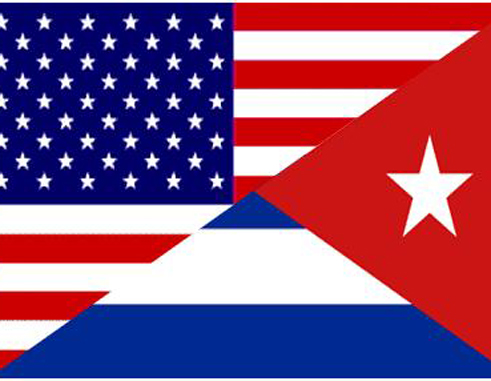 WITH the best intentions on the part of the Cuban government, the new relationship between the United States and Cuba – welcome as it undoubtedly is – will pose serious challenges for the 15-nation Caribbean Community (CARICOM).

The challenges will come in two crucial areas: tourism, and investment from the US. Neither will have to await the repeal or change by the US Congress of the laws under which the embargo of Cuba has been maintained. Executive measures, which President Barack Obama can take, will start the ball rolling.

On tourism, expanded US travel to Cuba will be allowed; US Banks will be able to establish direct ties with financial institutions; and US travellers will have permission to use credit and debit cards. Cuba’s proximity to the US, and therefore, a cheaper cost to get there – together with a great curiosity by Americans about Cuba which has been forbidden territory for over 50 years – mean that tens of thousands of US tourists will opt for Cuba.

The problem will worsen over time because the Cuban government and investors will build new hotels and resorts as well as infrastructure such as sea ports and marinas. Consequently, Cuba will be presenting a fresh, new product for years to come. The Cuban tourism product will also be more varied than that of several CARICOM destinations. Cuba is not only rich in history and architecture, it is renowned for the excitement and excellence of its arts, including music, dance, poetry, and craft. Cuba also offers beaches as stunning as any of the other islands. Beyond all this, many of the people working in the tourist industry, including porters and servers, are versed in three languages.

No one in the Caribbean tourism industry should believe that Cuba does not now pose a real challenge in the US market. And every tourism authority – both government and private sector – should already be at the drawing board to plan strategies to maintain reasonable market share. Those companies and governments that put strategies in place and implement them early will better ride the storm of Cuban competition.

As for investment and capital availability, President Obama has instructed Secretary of State, John Kerry, to report within six months if Cuba should be taken off the US list of states that sponsor terrorism. The report will be affirmative – Cuba shouldn’t have been on the list in the first place. Removal from the list will permit foreign banks to do business in Cuba, with legal accounting and auditing services quickly following.

American businesses that have been champing at the bit for years will gallop into Cuba for a share of a market on their doorstep in which their competitors from Europe, Mexico and Canada have been establishing themselves while they remained inactive.

Of course, the Cuban government will monitor, control and regulate US investment in the same way that they have dealt with all foreign investment. While the Castro government is interested in foreign investment, including from the US, they will not accept such investment at the price of Cuban sovereignty or the interests of the Cuban people. The notion, being bandied about by right-wing groups in the US that the Castro government is desperate for US investment to substitute for Venezuela’s now limited capacity to help, is idle thinking. Both the Cuban government and people have struggled too hard, and sacrificed too much for their autonomy to hand it over to anyone.

But negotiated US investment will head to Cuba and some of it will be at the expense of other Caribbean countries. That is why CARICOM has to increase the competitiveness of its production and sharpen the tools for marketing its attributes.

Nonetheless, Cuba also presents opportunities for CARICOM countries, as it has done for decades. CARICOM businesses failed to take advantage of the US embargo to invest in Cuba in joint ventures in agriculture, in medicine production and in tourism. Had CARICOM companies invested in Cuba years ago, they would have been ahead of the game today.

It is late, but possibilities remain. And, CARICOM countries have the benefit of the goodwill of the present Cuban government and its openness to the region. The Castros have always been mindful of – and grateful for – the support Guyana, Jamaica, Trinidad and Tobago and Barbados have given to Cuba since 1972 when they broke the US-imposed embargo. On a matter of principle, the Cuban government has kept its doors open to CARICOM in a spirit of genuine friendship.

At the end of September, Cuba agreed to allow 297 products from CARICOM countries into its market duty-free; in return Cuba accepted that it would have duty-free access to CARICOM countries for only 47 of its products. The business community should already be examining – even in the face of indirect transportation – how it could take advantage of this Cuban opportunity. The Cuban government is being even more helpful by organising a ‘Business Forum’ in 2015 for CARICOM business people to identify and explore opportunities, and to work out credit and payment arrangements.

The Cubans have also made it clear that they are interested in pooling their efforts with CARICOM countries to improve the air and sea connectivity of all the countries. This is an initiative that has been languishing for decades. If brought to fruition, trade between these countries could create employment and increase the gross domestic product of the entire area. Cuba and CARICOM, after all, represent a market of approximately 26 million people. It could also lead to multi-destination tourism – a concept that has seen little progress despite much discussion. The involvement of Cuba in transportation and marketing might just make the dream of multi-destination tourism a reality, at least between Cuba, the Bahamas, Haiti and Jamaica – given their relative geographic proximity.

None of this will happen without focus and action. To capitalise on their relations with Cuba and to guard against becoming victims of a burgeoning US-Cuba relationship, CARICOM business organisations and governments have to engage Cuba seriously and collaboratively.

One approach could be the establishment of high-level working groups comprising political and business leaders, guided by good technical support, on initiatives that Cuba and CARICOM countries can implement in their mutual interest in tourism, agriculture, pharmaceutical production and air and sea transportation.

The prospect is alive with the present leadership of Cuba; it might wither as new leaders emerge in Cuba’s different dispensation.
Responses and previous commentaries: www.sirronaldsanders.com