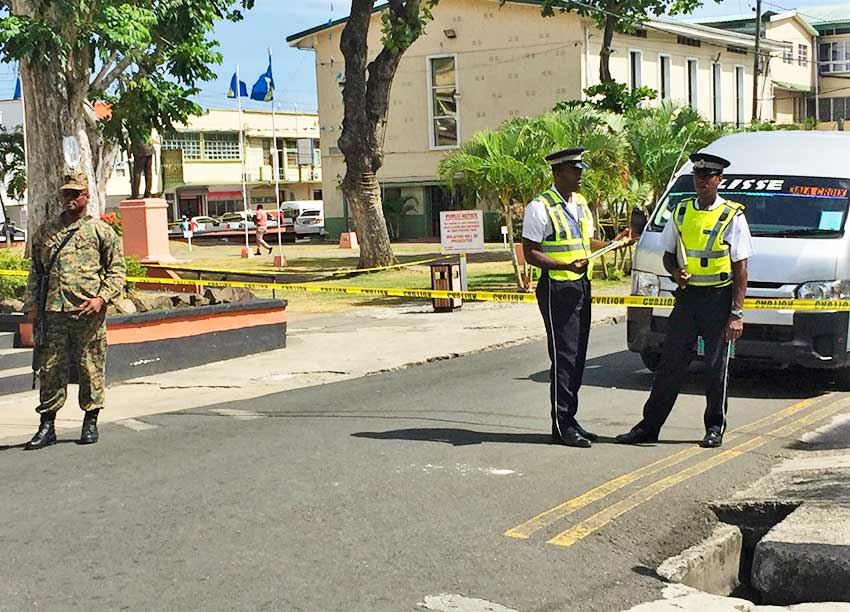 After meeting with the Regional Security System (RSS) last month, Prime Minister Philp J Pierre has confirmed that the RSS will be here this month to assist the members of the Royal Saint Lucia Police Force (RSLPF).

Pierre, on June 17, met with members of the RSS in Barbados to explore avenues for cooperation on crime management in Saint Lucia. At a press conference on Thursday, Pierre, who is also responsible for national security, expressed outrage over the crime situation in Saint Lucia which has worsened over the past few months.

According to him, the situation is highly concerning.

“I’ve had discussions with the Commissioner, he also spoke to the Commandant in the RSS, and we are bringing RSS troops into Saint Lucia to assist the members of the Royal Saint Lucia Police (Force),” Pierre told reporters.

“Like most citizens of the country (I’m) not very happy about the crime situation. There seems to be some things happening that has caused an escalation of murders. We are very concerned and we have nothing against people expressing their concern and even their outrage about what’s happening. I too am outraged, and this is why we are working with the members of the police service to see what we can do to alleviate that situation,” Pierre added.

The island has recorded 34 murders thus far. Whilst the statistics are alarming, Pierre observed that crime is a deep-rooted issue, one he intimated, which cannot be solved overnight.

“Within the resources that are available to us we are trying our best and I will be the first person to tell you (the situation) needs to change but we’re trying,” Pierre said.

“I am in the process of signing an agreement that will give the police service 40 new vehicles,” he added.

Whilst some have criticized the RSLPF’s approach to crime, indicating that more can be done, Police Commissioner Milton Desir stated that a number of measures are already in place to combat the current situation. Furthermore, he noted, the RSLPF continues to be proactive.

Desir listed some initiatives which have benefited the Force including community collaborations and various police operations.

“We (already) have measures in place to curb the gun violence in the country especially (since) now gun violence is more prevalent in the south. What we have done so far is to go in there. We have collaborated with some of the social groups, the non-government organizations, we have met with leaders and so on, with a view of having persons mediate and quell the situation,” he said.

“We have also conducted police operations in Vieux Fort; we have increased our patrols by means of bicycles, this is something that we never had in Vieux Fort. Six bicycles were sent to Vieux Fort. (Officers) go into the immediate community to identify issues and so on and report back to the station,” Desir added.