Defending 193 in the fifth match after Williams struck an excellent unbeaten 78, West Indies Women were staring at defeat after Lizelle Lee stroked 61 and Tazmin Brits hit 48, to propel the visitors to 111 without loss just after the half-way stage of the innings. 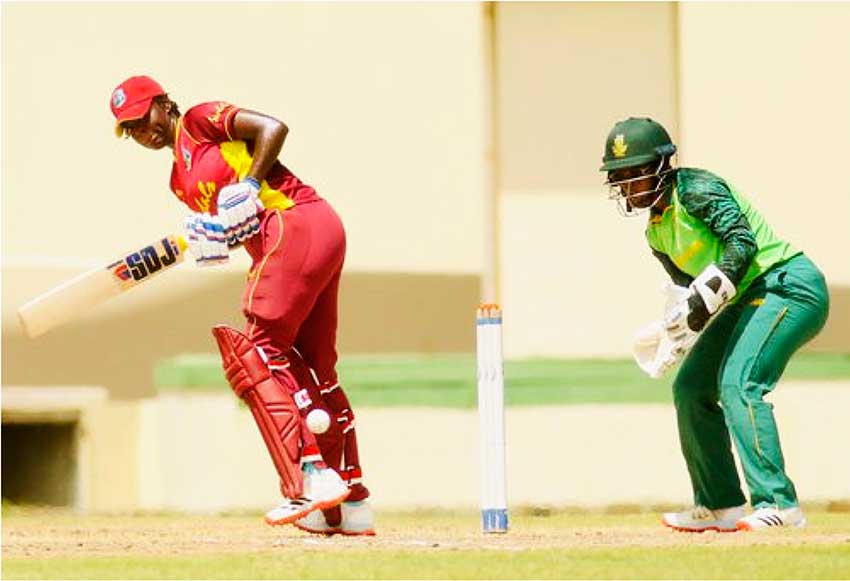 However, Grimmond snatched 4-33 and 20-year-old left-arm spinner Qiana Joseph snatched 2-29, as South Africa collapsed spectacularly, despite a breezy 46 from Mignon du Preez. While du Preez remained at the crease, the odds appeared in South Africa Women’s favour, and they entered the final over requiring six runs for victory to enhance their prospects.

But all-rounder Deandra Dottin, leading the side in place of the injured Anisa Mohammed, produced a superb over to tie the game at 192. Wicketkeeper Sinalo Jafta (16 not out) scrambled a leg bye off the first ball before du Preez was limited to a single after cutting a wide, short delivery to backward point where Grimmond pulled off a great stop to prevent a boundary.

Another leg bye off the third delivery and a single off the fourth left South Africa Women with two to win off as many balls, before Jafta raced through for another single to tie the scores at 192 and put du Preez on strike.

Off the last ball, however, du Preez whipped to short square leg where Shakera Selman made a fine stop and sent the return to the non-striker’s end which found the batter short of her ground. Chasing seven to win in the resulting one-over eliminator, West Indies Women lost Dottin via the run out route off the first ball attempting a second run but Chedean Nation won the game for the hosts when she struck the final ball of the over to the long on boundary with a single run required.

No such drama was anticipated when Williams struck five fours in a 138-ball knock – her maiden ODI fifty – to anchor the home team after they chose to bat first.

She put on 33 for the first wicket with Reniece Boyce (14) before adding 97 for the fourth with Hayley Matthews who struck 48 from 81 balls with four fours. Seamer Nadine de Klerk, 21, claimed 3-33, including the wicket of Matthews in the 46th over.

In reply, Lee slammed five fours and a six in a 78-ball innings while Brits struck half-dozen fours in a 90-ball knock to put the game in their side’s favour. However, Joseph and Grimmond cut through the innings to send six wickets tumbling for just 33 runs and reduce South Africa Women to 143-6 in the 40th over. The experienced du Preez, who counted four fours, revived hopes in a 49-run, seventh wicket stand with Jafta before the late drama.