Shorvanie Justin is a wonderful mother and an entrepreneur. She has three beautiful daughters and two businesses. (Don’t ask me how she juggles motherhood and work on top of everything else. All I can tell you is that she makes it look easy).

I met her at Constitution Park last week Friday. Three days later, she came to our studio with her daughters for a Mother’s Day photoshoot. Her girls are wonderful. By the way, I think my heart melted a little bit that day.

Justin has been self-employed for a long time and she wants to keep it that way. In 2017, she started making coconut milk to sell and eventually her small idea blossomed into something bigger.

“My middle child got a skin irritation from her baby formula. When I stopped using the formula I realized that her skin cleared up. I decided to start making coconut milk so I could use it in her porridge because I wasn’t satisfied with what I was getting on the shelf. That’s when the idea came to me that maybe I should try and get it out there,” Justin explained.

“The first business I approached was Dax Supermarket. The manager who was there at the time was very excited to see the product. I brought it to him and he helped me with my logo. He actually took it into the supermarket; I will always be grateful that this gentleman was willing to take my stuff in,” she said.

Then she got a brilliant idea.

“I used to store the coconut remains in the freezer. For some reason something told me not to throw it away and a couple months after I started doing research on coconut flour. I had never heard of coconut flour before, the thought just popped in my head. When I did the research I realized coconut flour was actually a thing so I learned how to make it. I started experimenting with it so I could show people what you could do with the flour,” the 38-year-old said. 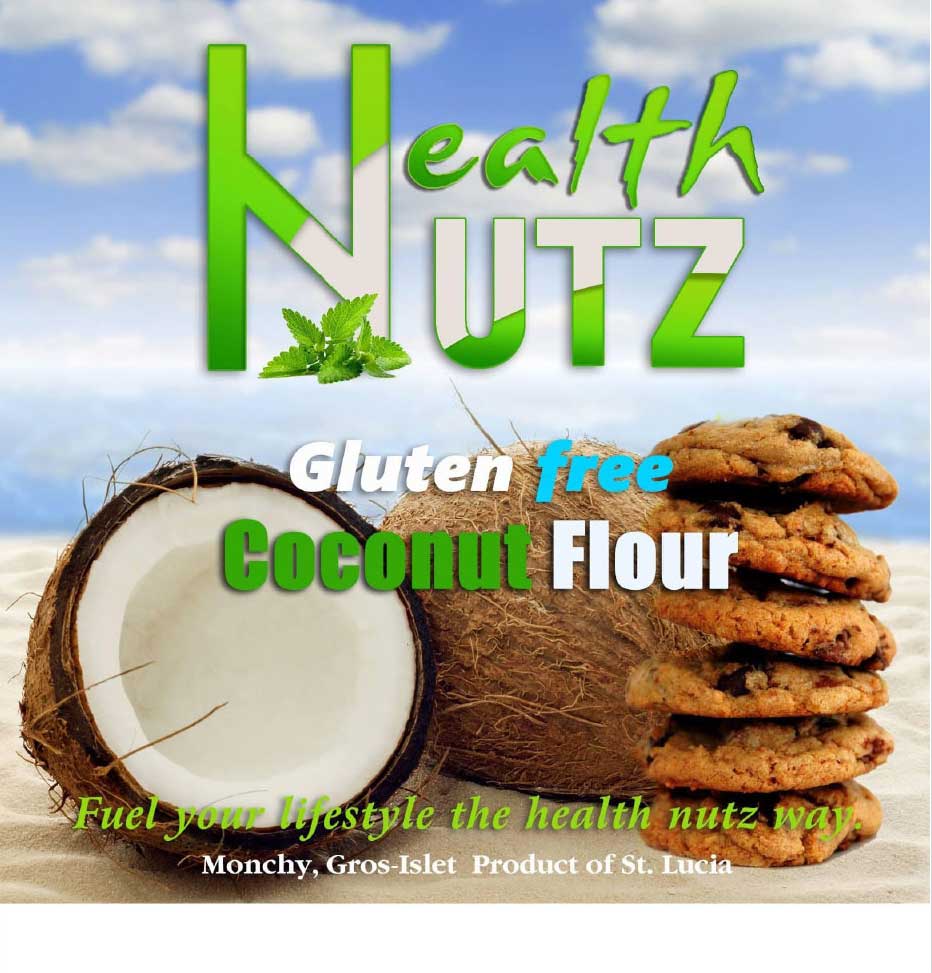 According to her, “then I came up with my cereal which is made with coconut flour and oats and I decided to add raisins to it just to give it a kick. Afterwards I made chocolate and then I made a brownie which came out really good and then I decided to do different snacks. I did cookies and different cakes so right now I have a line of maybe six or seven different products.”

It was a whole new world and it was exciting too. Her kids fell in love with her scrumptious delights instantly.

“If your children love your products anybody will,” she said with a grin.

“Sometimes when I introduce my stuff to people and they hear the words vegan, healthy or sugar free they lose interest. What I enjoy is their reaction after they taste my products; their face changes, it’s like oh my goodness that’s really good! That is very encouraging and it makes me enjoy putting myself out there because people actually love it and appreciate,” Justin added.

She’s enjoying the fruits of her labour but according to her, getting the business off the ground was no walk in the park.  Like many entrepreneurs, Phillip encountered a number of challenges along the way but she faced them head on. Today she’s grateful.

“When you’re starting a business and you don’t have the financial foundation it’s very difficult. I started off with a few small equipment—I upgraded a little bit, but I’m still not on the level that I would like to be. I started from scratch and I built my way up,” she stated.

“I got a small loan and I invested it towards my business. I also own a salon and whatever little money I got from the salon I invested it into the other business, so you can imagine what that was like because one business was sucking on another business. When you just start a business you don’t see any profits—not until the next five years. I’m in my fourth year so it’s promising,” the entrepreneur added.

She also admitted that there were times when she wanted to throw in the towel.

“When I thought of where I was and where I am now and what I went through to be where I am now it keeps me focused. It takes a lot of discipline and willpower,” she remarked.

Justin loves her job utterly however.

“I love working with people; customer service is kind of my thing. I worked in the telesales industry and I also worked at a hotel so I was always exposed to customers,” Justin explained.

“I love that I get to create my own life. However, people tend to think that when you’re self-employed it’s easy and you could do whatever you want. It doesn’t work that way, it’s harder when you’re self- employed; you cannot take days off how you want. It’s very tedious and it could be very frustrating but just the fact that I’m doing it for myself motivates me. Just knowing that one day soon I will be where I want to be is comforting,” she added.

And one day she hopes that her products will be on tables everywhere.

“I see my goods being exported; I see myself on Amazon. I see Health Nutz going places,” she said dreamily.

She’s “nutz” about health but according to her, that wasn’t planned.

“I did not start with the intention of targeting a group of persons, but when I started, I met a lot of vegans and people who eat healthy and they started telling me what they were looking for. I started to look into it and I realized that there is a market for this. My target is vegans, diabetics, people who are hypertensive and people who want to eat healthy, but it’s tasty enough that if you don’t care about health you’ll still enjoy it. I don’t have any animal products in my stuff and my coconut flour is gluten free. I also have sugar free products,” Justin stated.

She continued: “A lot of people think I came up with the name ‘Health Nutz’ because I use coconut in my products but actually it means that I’m ‘nutz’ about my health. I also wanted something a little catchy so I added the letter z at the end of ‘nutz’.”

She’s “nutz” about her kids too. In fact, they mean the world to her.

“My children inspire me. They’ll tell me when the products are not done right,” Justin said, clearly amused by the thought.

“Just seeing them happy and them sharing that happiness back with me makes me enjoy every part of being a mother,” she added.

It’s a full time job but it’s totally worth it, Justin stated.

“It’s taught me how to be patient and it’s also taught me the importance of sacrifice. The things that I used to do obviously I can’t do them anymore. I don’t wear make-up like I used to and I don’t shop for myself like I used to so being a mother has taught me to really sacrifice,” she said with a smile.

But Azaria, Elissa and Ayahne make her happy. They light up her entire world and of course for a mother, that alone means so much.

You can also buy her coconut milk at Trans Caribbean in Bois d’Orange.