CLOSE to a dozen families were the recipients of food hampers and toiletries when Do-Nation Foundation participated in a food drive in observance of Good Deeds Day last Sunday, April 11.

Good Deeds Day is an annual tradition of good deeds. Hundreds of thousands of people across the globe choose to volunteer and help others, putting into practice the simple idea that every single person can do something good, be it large or small, to improve the lives of others and positively change the world. 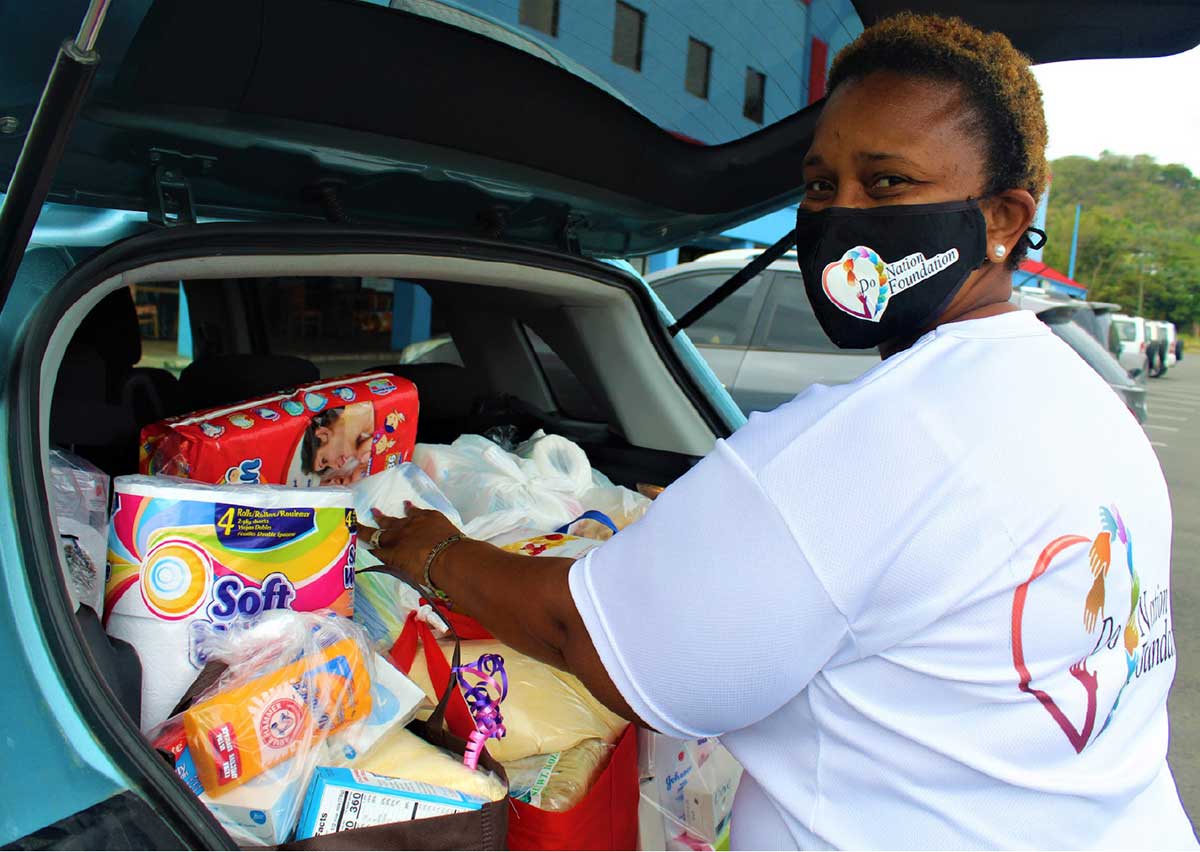 Food hampers were distributed to households affected financially by the ongoing COVID-19 pandemic. While distribution was based on shortlisted candidates in select communities between Bois d’Orange and Barre Denis, packages were also presented to persons whose plight were visible.

Do-Nation Foundation is a local non-profit organization whose mandate is the provision of dedicated service to eradicate social ills in the lives of our citizens, one person at a time. In anticipation of its official media launch in May this year, the organization has been involved in various activities to provide socio-economic support to affected families across Saint Lucia.

Good Deeds Day was initiated in 2007 by businesswoman and philanthropist, Shari Arison, and launched and organized by Ruach Tova (NGO), a part of The Ted Arison Family Foundation, the philanthropic arm of the Arison Group.