As part of the 2021 Nobel Laureate and St. Lucia Independence celebrations, Jako Books has released NO MAN’S LAND: A Political Introspection of St. Lucia, which some are calling a “political bombshell” and which Dr. James Fletcher described as a “no holds barred analysis of St. Lucia’s current political environment (that) is certain to ruffle a few feathers”. 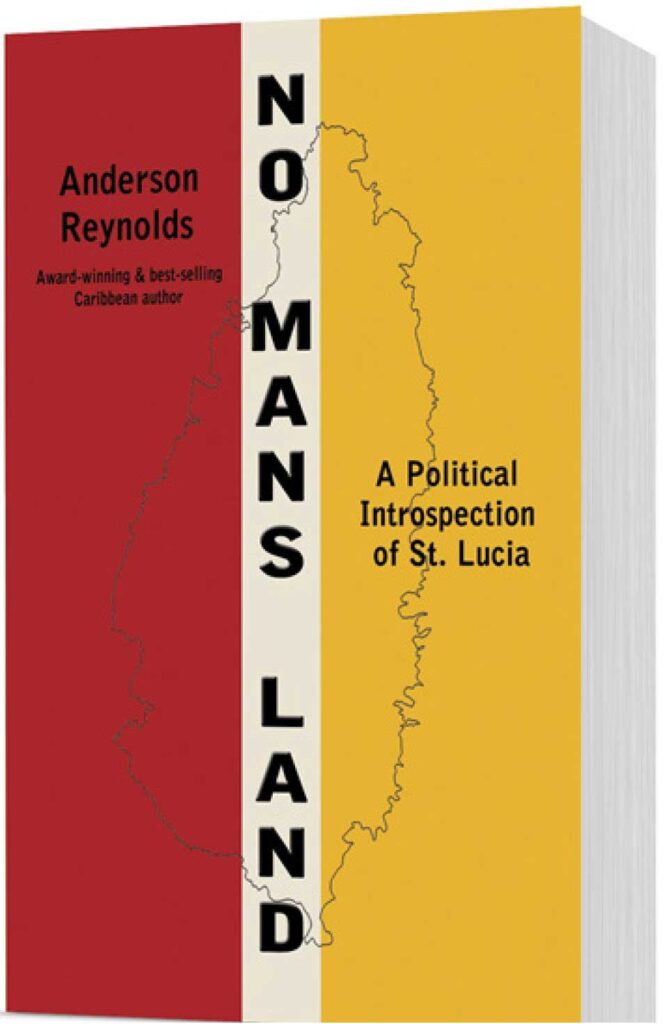 The book is written by Dr. Anderson Reynolds and will be launched, virtual, tomorrow in conformity to COVID-19 protocols and to reach as wide an audience as possible.

In No Man’s Land, Reynolds, dissects St. Lucian politics and society to pinpoint what is wrong with the country’s political system and how to fix it. It speaks to the hold history has on the country, and how race, partisanship, provincialism, and opportunism cloud the political process. It is a meditation on issues of patrimony, sovereignty, nationhood, corruption, and political empowerment.

No Man’s Land provides a window into Caribbean politics and is a must read for anyone curious about how high are the stakes of the 2021 St. Lucia general elections.

Anderson Reynolds was born and raised in Vieux Fort, St. Lucia, where he now resides. He holds a PhD in Food and Resource Economics from the University of Florida. Besides No Man’s Land, and the memoir, My Father Is No Longer There, he is the author of three award-winning and national best-selling books, namely the novels The Stall Keeper and Death by Fire and the creative nonfiction The Struggle For Survival: an historical, political, and socioeconomic perspective of St. Lucia.

Dr. Reynolds’ books and newspaper and magazine articles have established him as one of St. Lucia’s most prominent and prolific writers and a foremost authority on its socioeconomic history.

His writings, be it fictional or nonfictional, have been described as a world in which a great drama unfolds, where history, geography, nature, culture, the supernatural, and socioeconomic factors all combine to seal the fate of individuals, communities, or for that matter the fate of a whole nation or civilization. In this crucible of a world, readers are provided with deep insights into where St. Lucians come from, who they are as a people, and how they became who they are.

Reviews
“I heartily embrace Dr. Reynolds’ No Man’s Land … unapologetic, ferocious, take-no-prisoners … masterpiece that descends into the gushing, turbulent, dizzying, de-chlorinated waters of the valley of St. Lucia’s political abyss … stabs and slashes at the entire St. Lucian body politic, exposing the corrupt and their unholy corruption …… reminds all St. Lucians that constitutional reform is vital to the real development of the country … In Dr. Reynolds St. Lucia has produced another writer of the calibre, or of even deeper essence than Nobel Laureate V. S. Naipaul.” – Peter Lansiquot, CARICOM economist and diplomat

“No Man’s Land represents a substantial contribution to the public debate and further cements the author’s place as a serious and thoughtful public intellectual.” – Dr. Prosper Raynold, economics professor, Miami University of Ohio

“No Man’s Land is an informative, well-researched, and artfully crafted work by a master in his field, arguably St. Lucia’s most prominent writer. Digs deep into the meat of his country’s political system … a pointed and timely work highly recommended for political front liners, academics, students, and all interested in understanding and willing to help shape and re-shape the Caribbean and its attendant institutions.” – Modeste Downes, author of A Lesson on Wings, Theatre of the Mind, and Phases