It was also a time when two groups were formed to address various issues confronting men in the country. 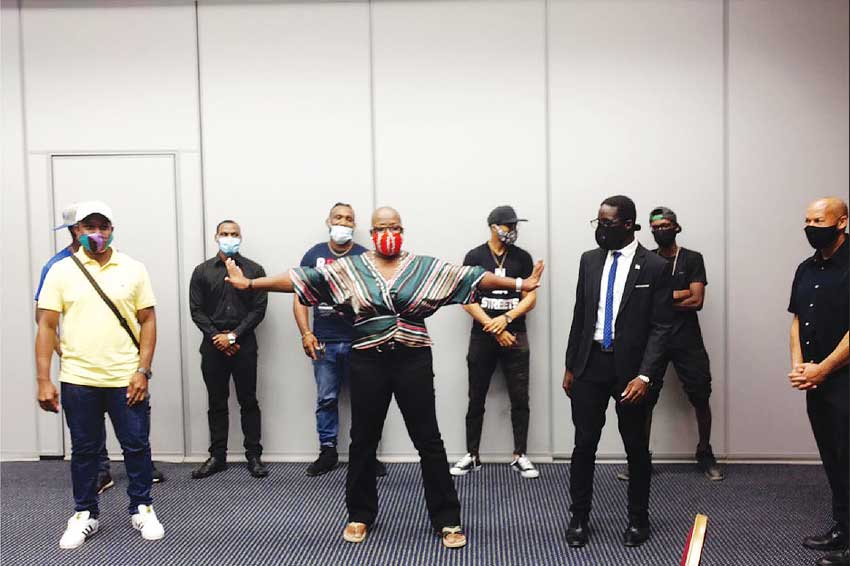 One such group, the Men’s Empowerment Network (MEN) was launched as a joint initiative by men’s groups of three churches, namely The Anglican, Methodist and Wesleyan Holiness churches. However, the group will be non-denominational in character and will be open to men of all different persuasions.

Originally, MEN had planned to mark its formal launching with a panel discussion but this had to be cancelled because of the rising incidents of the Coronavirus in the country, which has prompted more stringent enforcement of protocols ordered by the government to control the spread.

The Men’s Empowerment Network plans to work alongside other like-minded groups, like the one being spearheaded by Police Corporal Martin James, both of which are currently in their embryonic stages of development and plan to make public presentations in the coming months.

James group aims at directing greater focus and attention to the serious problems being experienced by men, especially marginalized men of all age groups.

“One of the primary objectives of this movement is to help create a greater consciousness among men about the importance and value of their role in society. Particularly, given the serious negative impact that COVID-19 is having on the economic, social and emotional well-being of the marginalized and vulnerable members of our society,” said James.

According to President of the Network, Barry Innocent, the main idea of the conference was to catch the attention of young men through rap music, to deliver messages of positivity, with hopes of achieving behavioural modification.

“When the Department agreed to come on board, we were delighted to know that the conference will be streamed nationally to reach a wider audience thus having a greater impact,” he said.

The event saw several young men take the stage to perform original gospel infused music of varying genres, “AJ”, “Dri Notes” and Peter Augustin also known as “Jared”. Distinct remarks were made by young Dr. Joshua Lesforis who sought to inspire everyone watching by reflecting on his journey as well as touching on the importance of values like respect and gratitude.

Minister for Education, Innovation, Gender Relations and Sustainable Development Honourable Dr. Gale T. C. Rigobert who spoke at the conference said that “now, more than ever in the COVID-19 environment, the changing perception of what it means to be a man is clear, it is also laced with a set of expectations that set men up for heavy criticism and a disproportionate amount of responsibility. COVID-19 has challenged so many beliefs and stereotypes and has liberated us from this, the Minister said, adding that this burden on men is unfair to them and affects everyone.

Prime Minister Chastanet was in attendance and expressed the thought that men suffer when they have not been lifted up or given that hug or not being shown love or feel that the world is against them.

The Prime Minister took the opportunity to send best wishes to all men on International Men’s Day.

The main objectives of celebrating International Men’s Day were to focus on men’s and boys’ health, improving gender relations, promoting gender equality, and highlighting male role models. The International Men’s Network is a faith-based collective of men pursuing initiatives that support the development of men and their role in the family, community, society and on the job. The IMN was launched on October 9th, 2009 through the Men’s Ministry of the Bethel Tabernacle Empowerment Centre.