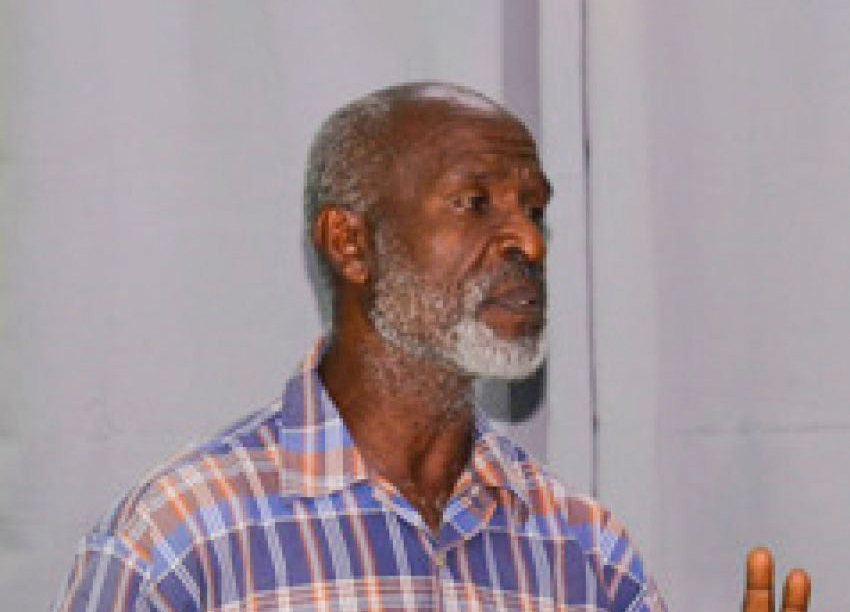 On Thursday 21st May, the news broke of the untimely passing of former national and world netball player, Denise Joyce Auguste – she was 76 years old. Forty-eight hours later, there was more sad news as former national Under 17 footballer, coach and community referee Hilary ‘Franco’ St Martin passed away on Saturday night.

The list of unexpected news continued, and via a post on the Facebook page of the Saint Lucia Football Association it was shared that Mc Millan Medard, Referee Development Officer of the SLFA Inc had also passed on. He was the Lead and Trainer of the SLFA Training Programme which is now ongoing via Zoom.

“Medard died suddenly on his farm in Millet yesterday (Thursday 28th). We extend our condolences to his wife and family,” the post shared on Friday read.

Meanwhile, for some time now there have been calls for major improvements to the standard of officiating in Saint Lucia’s football, at all levels and on Thursday 1st August 2019, Mc Millan had spoken during a press conference about one of his biggest assignments at the SLFA Headquarters in La Clery.

The SLFA Referee Development Officer (the position then held by Mr Medard), said, “We have a select group of six individuals (referees) who will undergo intensive training in preparation to facilitate nomination to the Confederation of North, Central American and Caribbean Association Football (CONCACAF) and The Fédération Internationale de Football Association (FIFA) panel of referees.”

“They have augmented the training staff to include a physical instructor in the person of Marinus Mark; he is complementing Giles Arthur who is already doing the technical component.”

He added, “Other than the selected six individuals, we have some other individuals/referees in the senior division and new recruits we are looking at as well.”

Medard continued, “In terms of training, we have placed emphasis on the combined six referees and assistant referees namely: Barry Justin, Kim Charlery, Kevin Antoine, Lesroy Joseph, Kevey Barthelmy and Anthony John. The plan is to add another two referees to the elite six in order to have two teams of four so we can assign them together and see how best they could complement each other, and how best we can help them to develop together”.

The training will focus on (1) Laws of the game – emphasis on new law changes, (2) Match management, (3) Physical Fitness, (4) Reporting and Administrative duties, (5) Character building and Personal Development/interaction, (6) Assignment to games and assessment and evaluation as an overall outlook in terms of preparing those specific individuals for potential positioning on the FIFA panel.

Medard shared that there would be continuous training and evaluation including assignment and assessment, and tailored training to respond to the deficiencies observed.

In terms of successes, the SLFA recently conducted a fitness test; the results of which Medard said were not overwhelmingly successful.

Despite that, he said, “It gave us hope that there seems to be areas of strength, and it also helped to determine what more we need to improve upon.”

He added, “We made nominations to CONCACAF for the Under-15 boy’s tournament in Miami, Florida but unfortunately none of our nominees was accepted; this is not too surprising because we have been lagging behind for some time now in terms of our rebuilding process. We need to intensify to ensure around that same time next year (2020) we will be able to send nominees that will be accepted by CONCACAF.”

“In moving forward, the SLFA President Lyndon Cooper has already proposed a training programme for our instructors and assessors through the Referee Assistance Programme (RAP). It’s an annual programme supported by FIFA that is scheduled for September (2019). We will be exposing a number of individuals to the new techniques and methodologies,” Medard said.