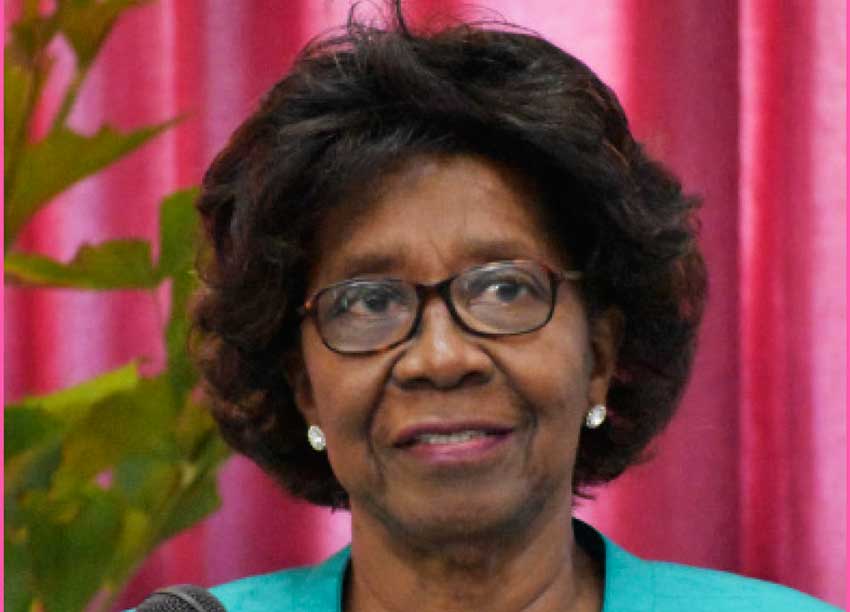 Patron for the Saint Lucia Life Saving Association and former Governor General of Saint Lucia Her Excellency, Dame Pearlette Louisy has expressed her gratitude to those who selflessly give of their time to save lives on our beaches.

Dame Pearlette was addressing a gathering at the home of Frederick and Carol Devaux in Coubaril where a number of individuals were recognized for their immense and selfless contributions to Life Saving.

Urban Augustin, Jaqueline Atkinson, Jermiah Louis -Fernand, Leslie Clarke, Dagmar Peterkin and St Rose Jacobie were the recipients who were recognized by the Royal Life Saving Society (RLSS) of the United Kingdom. Carol Devaux was also a recipient, but opted to receive her certificate in London.

It must be acknowledged, that in the recipients mentioned above, St Rose Jacobie was nominated for the Mountbatten Award for bravery. Jacobie saved two people who fell off the Pearl during a boat ride party on the afternoon of July 13th, 2018.

In addressing the gathering Dame Pearlette said, “I want to congratulate all of the awardees for their achievements. To be recognized at such a high level says a lot for Saint Lucia and the Life Saving Association, particularly the executive headed by John Bruce.”

She took the time to thank the many individuals from Canada who over the years have given Saint Lucia the necessary technical support.

“Without your support and encouragement we probably would not be featured at such a high level internationally,” she noted.

With a touch of humour, she put forth: “I have to admit Carol hasn’t been too successful in one of her initiatives and that is teaching her Patron how to swim, particularly ensuring that everyone on the island swims – it looks bad if the Patron cannot swim. Perhaps this is something I can look at in my retirement!”

Frederick and Carol Devaux,  the media and persons representing the various sporting organizations came in for special mention by Dame Pearlette.

“To the Devaux’s our hosts, thank you so much for hosting this award ceremony and for your generosity; to the media and persons representing sporting organizations, thank you for your interest and support to the Life Saving Association.”

She continued, “I don’t think a lot of people in Saint Lucia know of this particular sport (Life Saving), so perhaps when the publicity goes out since we have the media present, persons will start to look at the Life Saving Association with more interest.”

“I see the Deputy Permanent Secretary in the Ministry of Youth Development and Sports and the President of the Saint Lucia Olympic Committee present; with what has taken place this evening, we are hoping the Ministry for Youth Development and Sports will take a closer look at making provision for Life Saving /Life Savers on our beaches, particularly on our public beaches,” the Dame noted.

In closing, Dame Pearlette thanked Sandals and the staff of the watersport department for coming to the assistance of both visitors and locals alike.

“We would really like if we had reached the position on the international scene to at least be able to say one of our most popular beaches is supervised by qualified Life Savers. We shall speak in somebody’s ear to see how far we can go.”