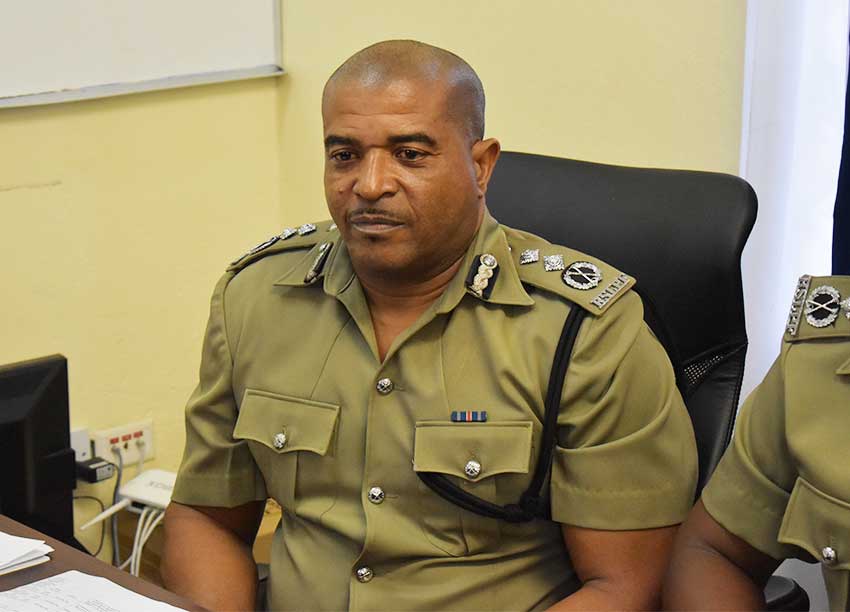 …“go full force, show no fear and light up the police”

A disturbing screenshot of a post from a Facebook user “PorConsiguiente La Cruz” has been making its rounds on social media and various messaging platforms.

The message which from all indications seemed to emanate from a bot page, implores all gangsters to vengefully rise arms against the men and women of the Royal Saint Lucia Police Force for the death of Benjamin Cyril.

The author of the post encourages his or her counterparts to “go full force, show no fear and light up the police”.

Acting Police Commissioner in St Lucia, Milton Desir, who in a no nonsense tone gave assurances that the matter isn’t being taken lightly and an active investigation has begun so as to bring the perpetrator to justice. “This person will be caught and taken in,” he asserted.

Said Acting Police Commissioner, Desir, “The police are empowered to provide security and ensure law and order in this country…to threaten police officers I consider it very serious and a security concern for Saint Lucia.”

Benjamin Cyril, 22, of Bois Patat, was killed in an exchange of gunfire with law enforcement officials on Tuesday, February 18th. His body along with a bullet riddled vehicle he and his accomplice used to evade detention was found in the Odsan community. The accomplice is still at large and is being actively pursued.

Police are awaiting results from a post mortem that will determine whether it was a gunshot fired from a police officer’s weapon that killed Cyril.