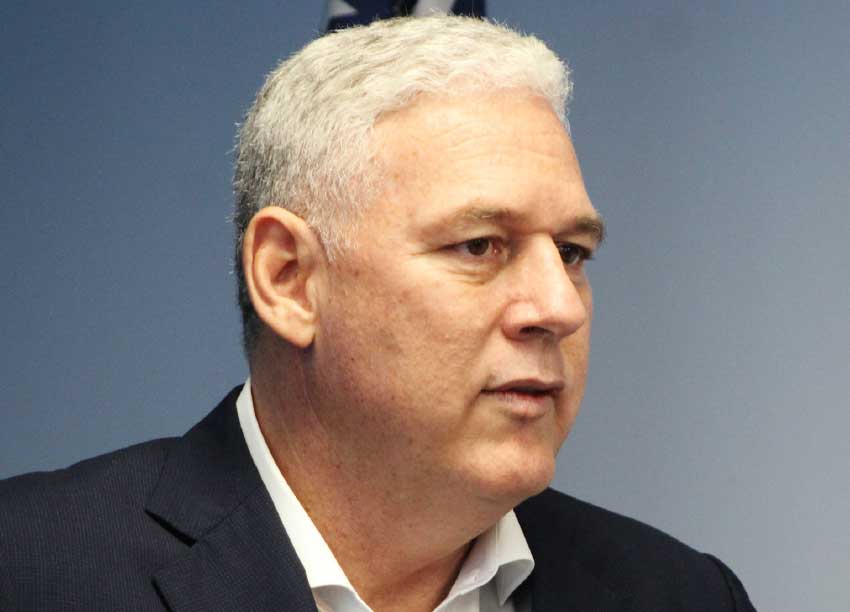 PRIME Minister Allen Chastanet has called on Saint Lucians to develop a change in attitudes and to recommit themselves to the country.

The call came amid growing violent crime on the island that has already taken nine lives and caused countless damage to property and anguish to people.

“Let us collectively take stock and recommit ourselves to Saint Lucia, to take control of our own destiny,” the prime minister said during his Independence Day address last Saturday.

He spoke of Saint Lucia’s democracy as not being perfect yet able to provide a foundation in which a dynamic country can be built.

“No longer is our economy tied to or dependent on an agricultural mono-crop. We have diversified into tourism, manufacturing and financial services. We can never lose sight of the contribution that the banana industry made to Saint Lucia, especially in the 1970s and 1980s when alone, it created the greatest social and economic revolution in our history,” Chastanet said.

Noting that water, electricity and telephones are no longer confined to the major towns, leaving thousands of our people behind in the race for social progress, the prime minister spoke of the roads and bridges built over the years that now join one community to another opening up vast areas of idle land for development.

“We have braved many a disaster, natural or man-made, economic or political, short-term or long-term but we have survived and came back stronger. The resolve and resilience of our country and our people are assets that give us the assurance that when the tough gets going, we have the capacity to come together with common purpose to take on whatever challenge confronts us,” Chastanet said.

He spoke of the times when the country experienced no economic growth and high unemployment levels.

“When I addressed you at the beginning of the year, I indicated to you the areas where we had been able to record good progress, especially in lowering unemployment levels, reducing the debt to GDP ratio, easing the economic burden and improving our infrastructure. Tourism arrivals are now at record levels, and the prospects for agriculture and the manufacturing sector are extremely good. In our efforts to further diversify the economy, we have strengthened the IT sector and introduced the Headquarters Act to facilitate companies setting up headquarter operations in Saint Lucia,” Chastanet said.

He called on Saint Lucians to apply equal effort to the development of values as they do to fiscal policy and infrastructure.

I am speaking here about love and respect for each other and for our country, respect for authority and the laws of our country, tolerance, honesty and discipline. Our people must play a part in building a nation we can all be proud of – now not later,” the prime minister said.

In calling on Saint Lucians to work together he questioned a number of things about them.

“Should we continue to drive as recklessly as we do? Look how many people, especially young people, have been killed in traffic accidents in the last five years, many of them talented boys and girls, some victims of recklessness and crass stupidity. Figures for serious traffic accidents are on the increase, causing mayhem and grief for families and friends of the victims.

“How many people were killed because of personal differences and the inability to resolve conflicts peacefully? We have to develop the capacity to forgive and walk away.

“Why are our young people choosing the path to gangs? The path to a life of crime and ultimately death? This has to stop,” Prime Minister Chastanet said.

He spoke of pictures of young Brandt Jean publicly and in open court in Dallas, Texas, hugging and forgiving a policewoman who had shot and killed his brother and how powerful message of love and forgiveness to the entire world that was.

“There are other dangerous habits which harm our country; like cheating on taxes, failure to collect taxes and dues owed to the government, whether it’s in our hospitals, Customs department or the Police Department. It cannot be right when 95 percent of the traffic tickets issued by our police remain unpaid,” Chastanet said, noting that the social problems confronting our country have their genesis in practices and habits that start small.

“We ignore them in our homes, in our schools, in our communities and the reality is it comes back to haunt us all. When will it stop, unless we put a stop to it?” he said.

Social media, Chastanet said, has given us a great communication tool, but instead we use it to hurt each other, spread gossip and sometimes even malign our own country without considering the consequences.

“It is time to change such habits. It is time that we together identify the simple ways in which we can all pull up our socks and do our part to make Saint Lucia a better place. This is what togetherness means,” Chastanet said.

According to the prime minister there is no better time, entering into this new decade, for Saint Lucians to develop a positive attitude.

If we profess to be truly great, let us demonstrate this every single day in how we treat our island and how we treat each other.

Noting that his government’s aim in the long run is to empower all Saint Lucians, offering them equal opportunities to realize their potential, Chastanet spoke of the gains made multiplying ten-fold “if we move together as one nation, united in a common purpose, loving and respecting one another, with tolerance and understanding of each other, committed to excellence, as we continue the task of building a new Saint Lucia.”

“We cannot succeed unless we do this collectively, together. Not some of us, not most of us, but all of us! Now is the time!” he said.