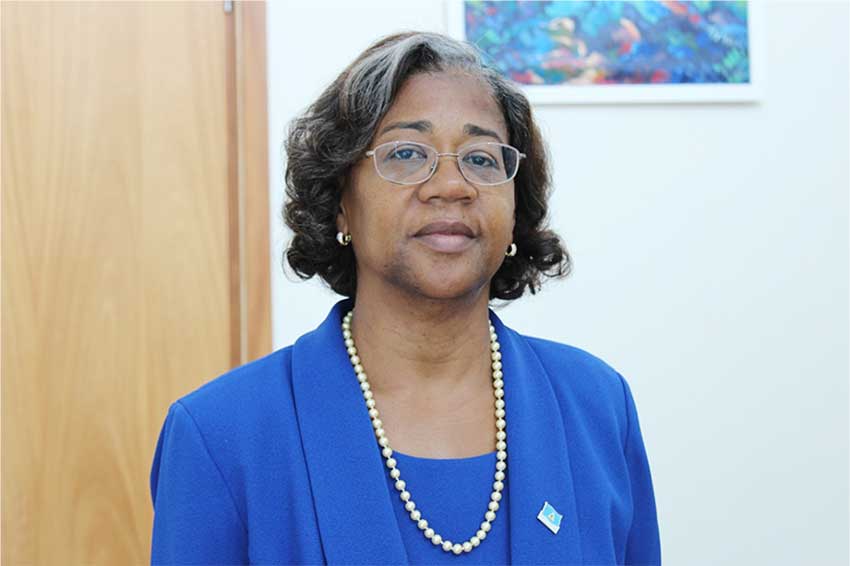 For the second time in almost five years, words to the effect that serious crime, including murder, is being perpetrated by persons high up in the socio-economic hierarchy of Saint Lucia have come out of the mouth of a sitting politician.

The latest condemnation, made by Health Minister Mary Isaac, at a vigil nine days ago for slain former town clerk and Councilor of the Castries Constituency Council, Victor Maurice at Constitution Park has stirred up debate across the country as to the veracity of such a statement, the same as it did the first time comments to that effect were made in March, 2015 by the then prime minister, Dr Kenny Anthony.

The opposition Saint Lucia Labour Party has since challenged Minister Isaac to provide the evidence to what she said and has called on the police to investigate her.

Labour parliamentarian Ernest Hilaire described Isaac’s comments as a damning declaration of the criminality that exists in Saint Lucia.

Isaac’s remarks have stirred up public debate on whether persons in certain positions within the socio-economic and political strata of the country engage in serious crime.

Many people are unsure as to how to treat Isaac’s comments particularly when she said that crime is driven by people way up in the hierarchy of the country.

Said Isaac at the vigil, “…It is not just the little people, the young boys we see killing each other on the streets that are responsible for this crime situation. They are the ones paying for it. They are the result of the crime situation. That crime is big business in Saint Lucia, it is big business and is driven by people very far up there, way up in the hierarchy of this country. These are the people that pay people to kill people…” Isaac said.

Minister Isaac’s comments were somewhat in line with those made by Dr Anthony in March 2015 when he addressed the nation on the circumstances that led to a report which emanated from CARICOM’s Implementation Agency for Crime and Security (IMPACS).

Anthony, quoting from the report, stated that “the crime problem in Saint Lucia is facilitated by corrupt politicians/government officials, business persons and police officers.”

Back then nothing tangible was seen to be done by him to deal with such an accusation made by skilled investigators from the CARICOM agency.

Will an investigation be launched into the comments made by Isaac? Will police question the Minister in relation to her comments, or will she be dismissed as someone so distressed over Maurice’s murder that she clearly had no idea of what she was saying or how impactful her words could be?

Assistant Commissioner of Police Wayne Charlery yesterday told THE VOICE investigators are interested in anything anyone can contribute, Minister Isaac included, that would help the investigation into the Maurice murder.

“Hopefully this can ultimately help in bringing the perpetrator/s of that crime to justice,” Charlery said adding that police are imploring persons with information regarding the Maurice case to come forward and should they have any apprehension they can use the crime hotline number, 452-7463 to pass on any information they may have on the case.

“We encourage the citizenry to use that anonymous mechanism to provide leads and information to the police that can help solve crime, particularly serious crime,” said Charlery who is in charge of Crime Management within the police department.

Minister Isaac on the night of the vigil coolly and in measured tones damned Maurice’s killer/s. She shot down rumours that Maurice was a witness in a matter saying that such rumours were “nonsense”.

“Someone just sent someone to kill Maurice,” she said emphatically. “And that is the bottom line and God was watching, that is what they don’t know and someone is going to have to speak because whoever paid this person knows that he paid the person and the person knows that somebody paid him, so that’s two people. You know what they say about a secret. It’s only a secret if you keep it to yourself. So, this is no longer a secret so people will have to start talking,” Isaac said.

Maurice was a close friend of Isaac. He served as a staunch soldier of the United Workers Party who worked tirelessly in assisting with election duties for Isaac in her campaign to gain the Castries South Constituency in the last general election.

Maurice was shot the night of November 3, 2019 alighting from his vehicle at his home in Union/Balata and died January 28, 2020 in Martinique. Maurice was 67 years old. His death came days short of his birthday. He was a man loved by many. A teacher, counsellor, educator, husband, father, brother, friend and in his later life known affectionately as the “nuts man” because of his basketful of nuts of different varieties anchored safely in the crook of his arm which he went about selling all over the place, Gros Islet included.