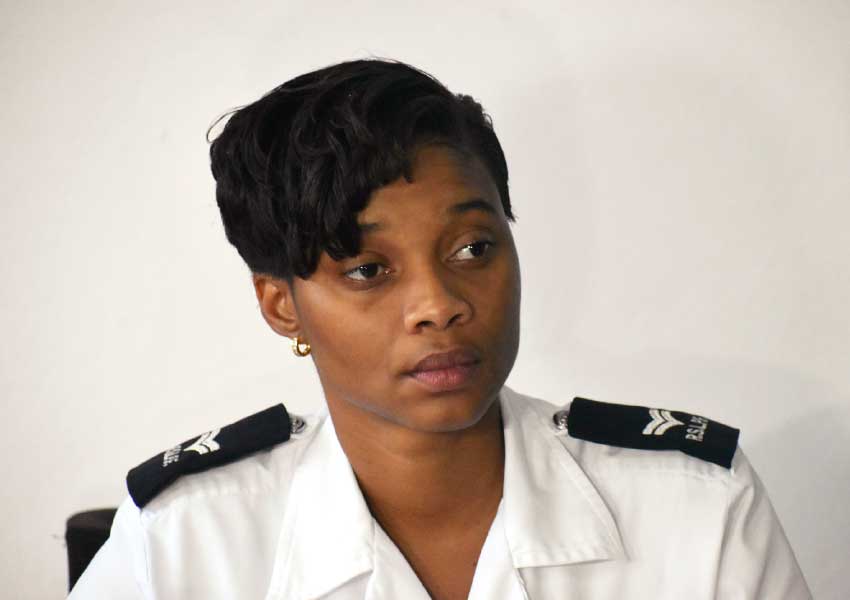 DESPITE media accounts that the charred remains of an individual found in a burnt-out vehicle near the entrance of Pigeon Island Sunday morning belonged to a female from Vieux Fort, police yesterday said they were unable to identify the remains.

A post mortem examination was underway as we went to press yesterday to determine the person’s sex. Samples for testing were also taken from the charred corpse.

“We cannot say with absolute certainty that the charred remains belong to the person so named on social media,” said Corporal Ann Joseph, who is the police press relations officer.

Police has one male individual in custody in connection to the Pigeon island tragedy which, according to reports occurred at about 2:30 Sunday morning. It was reported to police that an individual was seen fleeing from the fiery scene.

After the blaze was extinguished, the charred remains of a human corpse were discovered in the driver seat of the vehicle. According to Joseph, the matter was under investigation and was being treated as a homicide.

“We are in a position to confirm that there is a male in custody in relation to this incident and that we are treating the matter as a homicide for now.” She said.

Milton Desir, Acting Commissioner of Police, less than three days prior to the vehicular fire expressed concern about the crime situation in Saint Lucia.

“The Police department have been receiving numerous reports of serious crimes and also serious accidents involving deaths. We are committed to investigate all reports made by the public with a view of bringing in perpetrators to justice.” Desir said at a press conference last Thursday, “

In other news, police conducted two separate operations in Belair and Gros Islet on Friday, which resulted in the arrests of two individuals. Guyanese National, 30 – year – old Elvis Germaine Benjamin, was arrested in Gros Islet and charged for possession of a firearm and ammunition without a valid licence. Forty-four – year – old Orlando Jade, of New Development in Belair, was also charged for three counts of firearm possession and two counts of possession of ammunition without a valid licence. Both men were reported to be before the First District Court where they were awaiting their bail hearing.