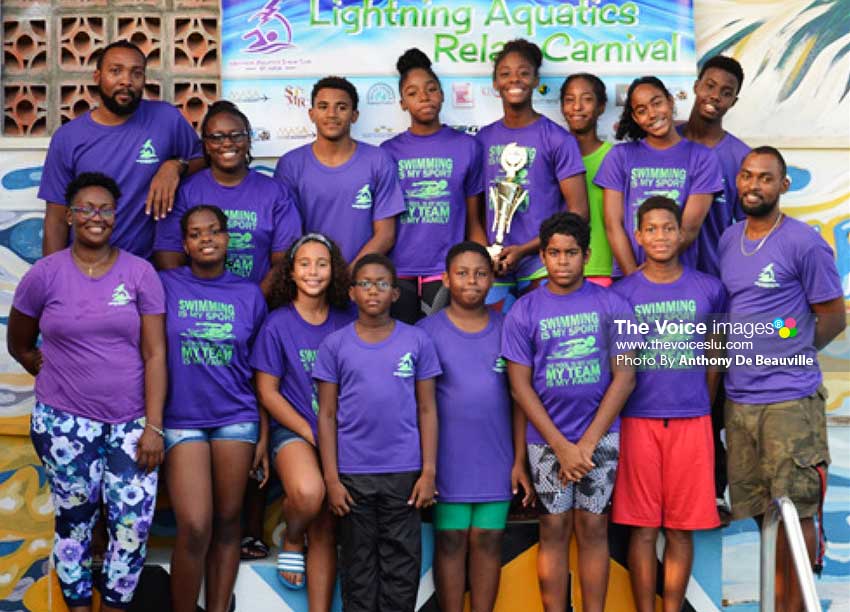 THE Human Resource Centre (HRC) in Gros Islet will be a hub of celebration when the Saint Lucia Aquatic Federation (SLAF) stages its annual awards ceremony on Sunday 26th January, 2020 from 4.00 p.m.

The award ceremony is aimed at recognizing the achievements of swimmers, coaches, and the generosity of sponsors and volunteers who worked tirelessly during 2019.

According to SLAF, in attendance will be Saint Lucia Aquatic Federation President Eddie Hazell and other members of his executive; Keynote Speaker Francis Daniel; nominees/awardees and specially invited guests to include parents, sponsors and members of the media.

Saint Lucia’s National Anthem will start off the afternoon’s gala ceremony followed by prayers, the introduction of this year’s theme “Dig Deep, Dream Bigger”, welcome remarks and the Coach’s Address.

This year, it is likely that there will be a change of the guards for the junior female category. Based on her scintillating performance last year, Mikaili Charlemange (Sharks) should win favour with SLAF Technical Committee/Judges. In the junior male category the pendulum is likely to shift towards JayhanOdlum-Smith; Odlum won the senior category last year, but based on policies put in place by the Ministry of Youth Development and Sports in terms of the age limit for the Junior category (20 years), Odlum-Smith will lead the charge in that category, while Jean Luc-Zephir appears to be in the driver’s seat for the senior category. The senior female Swimmer of the Year award is up for grabs.