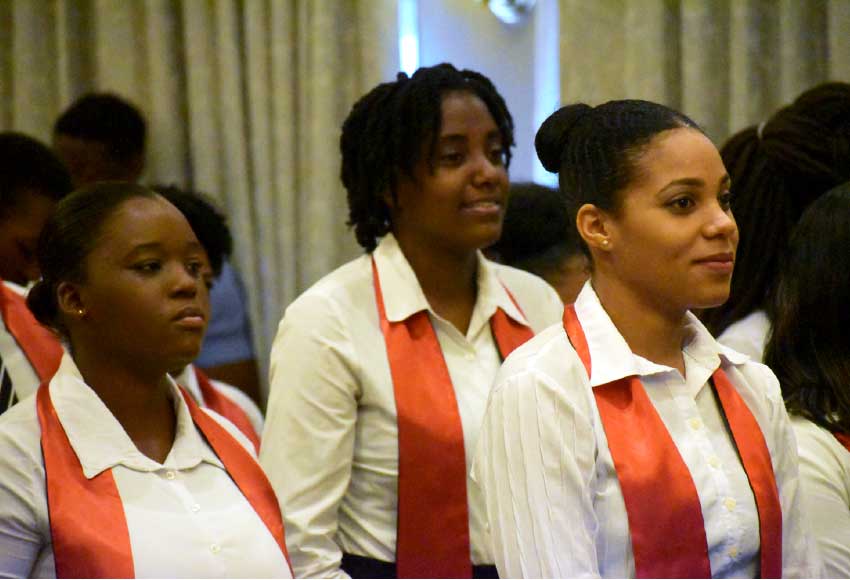 APPROXIMATELY 50 young graduates received their official certification yesterday under the Sandals Hospitality Training Programme (HTP). The certificate ceremony, which was the first for 2020, was held at Sandals Regency La Toc Golf Resort and Spa.

All three Sandals resorts on island participated in this programme which ran for a period of three months. The trainees received professional hospitality training in various departments such as Water Sports, Spa, Kitchen, Bars, IT and Front Desk. The resorts have collectively engaged in this programme every 10 weeks for the past 11 years.

According to Christopher Elliott, General Manager at Sandals Halcyon, “These are young people that we have brought into the hotels just to give them some background about the hospitality industry and to give them essentially a six-week job interview; see if they like the industry, train them up to the level of Sandals and international levels. For the most part… most of them do get hired full-time if they perform at a very good level.”

It was noted that trainees who were not drafted into immediate employment upon the completion of the programme remained within the pool of potential employees. Elliott said that there were managers currently employed at Sandals who started out with the HTP. He said the training programme is conducted in the other Sandals Resorts across the region.

Elliott said the HTP began when Sandals Resorts encountered a hard time finding trained young individuals to hire. He said, “Instead of depending on another organisation, -instead of depending on government to train the people, we decided to do it ourselves.” He said the training programme has over the years imparted first-hand experience in hospitality to persons who were interested in getting involved in the hospitality industry.

Shaniel Cowans, Training Development Manager at Sandals Regency La Toc Golf Resort and Spa, said the programme was geared toward young individuals, particularly those who recently graduated from high school or received some form of technical training but were unsure as to what they wanted to do in terms of a career. She said that Sandals, through the HTP, could provide the answer and the remedy to this dilemma.

Cowans remarked, “We invite young individuals from the varying communities, from the different institutions, to enrol in our programme where they are given training, both technical training and soft-skill training in different areas of the industry.”

In the end, the General Managers of the respective Sandals Resorts presented the graduates with their Hospitality Training Certificates.