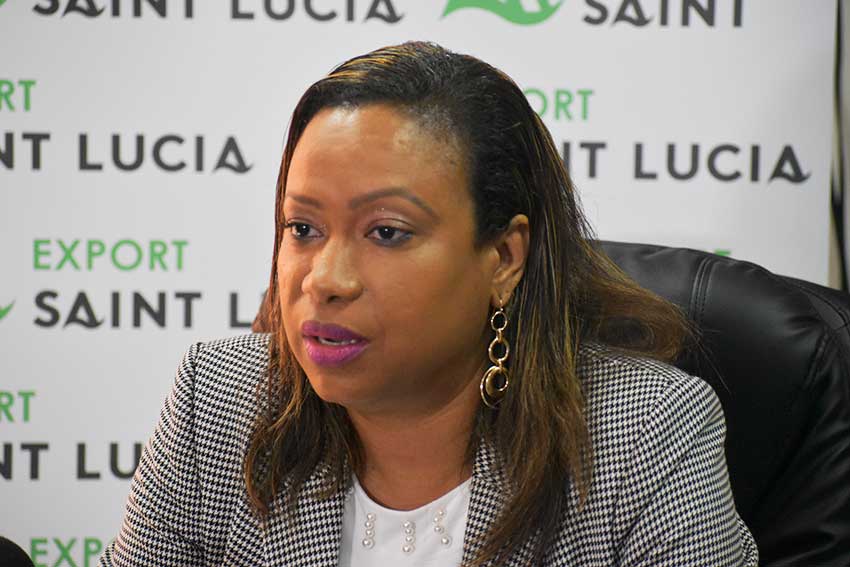 EXPORT Saint Lucia has expressed satisfaction for the direction that sea moss cultivation has taken in Saint Lucia. According to Sunita Daniel, CEO of Export Saint Lucia, sundried sea moss has become Saint Lucia’s ‘flag-bearing’ product since 2019, racking-in an increase of $500,000 in revenue. This came as a result of exported sundried Saint Lucia’s sea moss to the UK and U.S. markets.

Export Saint Lucia, which was an agency created to support the development of the island’s industries, took on a number of challenges last year, one of them being to establish the export of sundried sea moss. At a press conference on Tuesday morning, the CEO of the agency remarked, “We’ve done a lot of work with the big businesses in Saint Lucia, but for us a lot of progress has been made in helping small enterprises; helping women-led enterprises and helping youth-led enterprises really go into the export markets, and for us that is what development is all about.”

She stressed on the economic benefit of sea moss production and said that the agency was determined to find foreign markets for sundried sea moss. The CEO also noted that the first market was found in the UK followed by the U.S. She recounted that the journey to this success began when The Praslin Cooperative and the Eau Piquant Group decided to come on board with Export Saint Lucia for the maiden export of sundried sea moss to the UK. She said the reviews from the UK on the high quality of Saint Lucia’s sea moss had been ‘tremendous’. So far, over 100 farmers were reported to have gone into sea moss cultivation since 2019.

Export Saint Lucia’s CEO revealed that there was a growing interest in Saint Lucia’s sea moss coming out of California and other parts of the U.S. In that respect, she remarked, “One of the things we found was that exports started really growing and a lot of farmers started going into sea moss production.” She continued, “What was really tremendous for us is that every single cent of that money goes directly to the community. There is no intermediary, and for us… that was very important in terms of ensuring sustainable livelihoods and ensuring that growth happens at that level.”

Daniel declared that Export Saint Lucia was ensuring that internal structures were in place to make certain that businesses were able to benefit from Article 164. Article 164, which was implemented on 1st January 2020, is the revised Treaty of Chaguaramas which serves to protect producers of certain products from the less developed countries against competing manufactures from the more developed countries of CARICOM.

Regarding Article 164, Daniel remarked, “We think it is really good for our small manufactures, as it will give them the space to grow. As the agency responsible for ensuring that the environment for export is really there, what we’ve done is to reallocate resources internally.” She said that specialized officers were appointed to work with domestic enterprises which were targeted to benefit under Article 164. In addition, she said that increases of 70% and 100% on import tariffs would be levied on competing products coming into Saint Lucia from Jamaica, Barbados, Guyana and Trinidad. She said this would allow Saint Lucia’s infant and domestic industries to grow.

Apart from the successful export of Saint Lucia’s sundried sea moss, Daniel reported that there was growth in other areas of Saint Lucian agricultural products. She noted that a container of agricultural products had been shipped to St Kitts, and concluded, “We [Export Saint Lucia] will be doing a lot more research on the markets and really guiding our businesses as to where they should be exporting. We will also be going into the markets within CARICOM and the OECS to look for additional opportunities for them.”