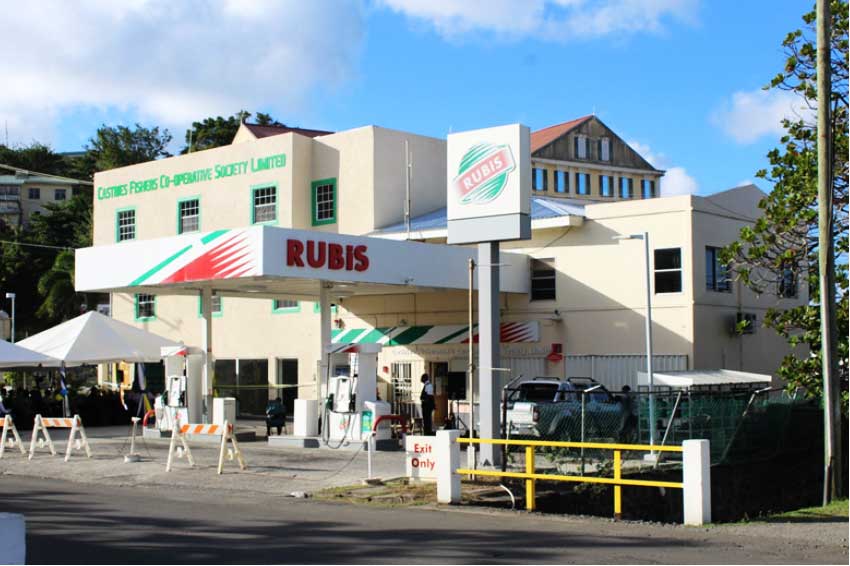 THIS spanking building opposite the offices of LUCELEC in Sans Souci is the home of the Castries Fishers Cooperative Society and a reflection of its members’ theme “Together We Aspire, In Unity We Succeed’. It was only through members coming together to fight the odds and whatever challenges that faced them over the years were they able to construct such a building for themselves which was officially opened and blessed last Sunday.

And what a day that was, a historic moment indeed in the life of the Castries Fishers Cooperative Society as tales of its birth and growth were shared by some of the founding fathers, one of whom celebrated his 86th birthday that day, being present to see the dream they had decades ago become a reality.

President of the Society, Thaddeus Augustin singled out the founding fathers as the ones deserving of accolades now that newly constructed home for the Society is a reality.

“These men, through their sacrifice, their ambition, desire and aim came together to make what we now enjoy a reality,” Augustin said.

He lauded the founding fathers for their vision and courage back then to stick to their plan of having a cooperative for fisherfolk. Augustin spoke of the founding fathers starting off with the purchase of one tank of oil and housing that tank in someone else’s gas station and selling the oil to their grouping. Their ambition paid off when the prime minister at the time, the now deceased John Compton, assisted them, leading to the birth of the Cooperative.

The accolades kept pouring in on Sunday afternoon from the Saint Lucia Cooperative Credit Union League, the Registrar of Co-operatives and others all echoing hopes of the continuance of good governance from the Cooperative.

But it was Horace Walters, a keen figure in the development of the present fishing industry, who painted a rather stunning picture of the Cooperative’s embryonic stage, its birth pains and now its flourishing growth.

“Castries was the target,” he said for the creation of a cooperative for fishermen.

“We had many fishermen who were stevedores at the time, and we needed to do something in Castries. We started having Sunday afternoon meetings at the Seamen and Waterfront Workers Union Hall. We were asking fishers to come and join us and start by putting in five dollars. At the time it was very difficult to get fishermen to trust one another. Trust was a very serious issue and it took us a long time. Fishermen knew nothing about cooperative; they did not know about coming together and putting their money in a cooperative was beyond them. We struggled but today we have a cooperative. It was a hard life but we persevered,” Walters said.

Fisheries Minister Ezekiel Joseph who delivered the feature address assured fishers of the importance in which his government views the fishing sector. He said his government has taken the initiative to support the sector in various ways and is presently reviewing the agriculture incentive bill to see how government can continue to give support to that sector which includes the fishers. This, Joseph said, would make the process of seeking incentives less cumbersome.