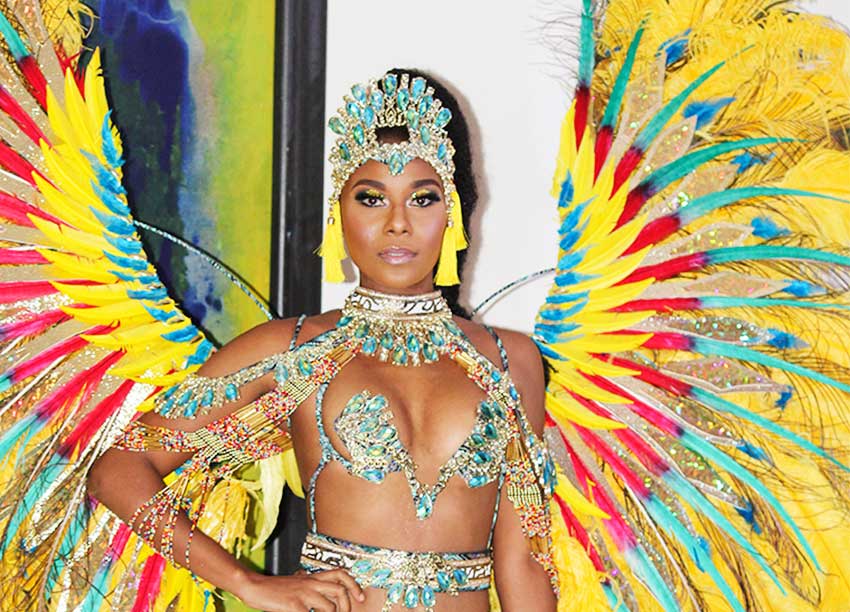 Fuzion Mas has stunned the carnival nation with their 2020 offering. It’s no surprise though, as according to Fuzion, they are the band with a “blend of the best elements of traditional and contemporary carnival aimed at providing the ultimate and complete carnival experience in Saint Lucia.”

Fuzion Mas took sexy to another level with their 2020 Saint Lucia Carnival offering, OYO – The God Within.As individuals were preparing to wrap gifts and place them under their Christmas tree, Fuzion unveiled a spectacular theme and portrayal to usher in the new carnival year.

The band pulled out all the stops to ensure that the 2020 Fuzion experience will be unforgettable. They’ve teamed up with renowned designers Keisha Collette Thomas AKA Marie Collette and David Dewer from Trinidad to bring their portrayal to life.

This year, the band has seven eye-catching sections. ‘Yemaya’, ‘Oshun’, ‘Nana Buruku’, ‘Aja’, ‘Aje’, ‘Oba’, and ‘Mawu-Liza’ are all show-stoppers and will pose a problem for the Fuzionites both male and female when choosing their section as it might be a little harder this time around.(There’s always the option of rocking two costumes for those who really want to cause a scene!)

Their jaw-dropping costumes were officially unveiled to the public at Sandals Halcyon on Thursday December 19.The vibrant colours, arresting, unique designs and execution, all tell a story of a band that although in their infancy, are not afraid of marrying traditional and fashionable mas while thinking out of the box.

From costumes, to photography to videography, Fuzion Mas ensured that the quality of costuming and production all has become accustomed to wasn’t compromised.

As the first band to launch for Saint Lucia Carnival 2020, they have set the bar at an astronomical level.