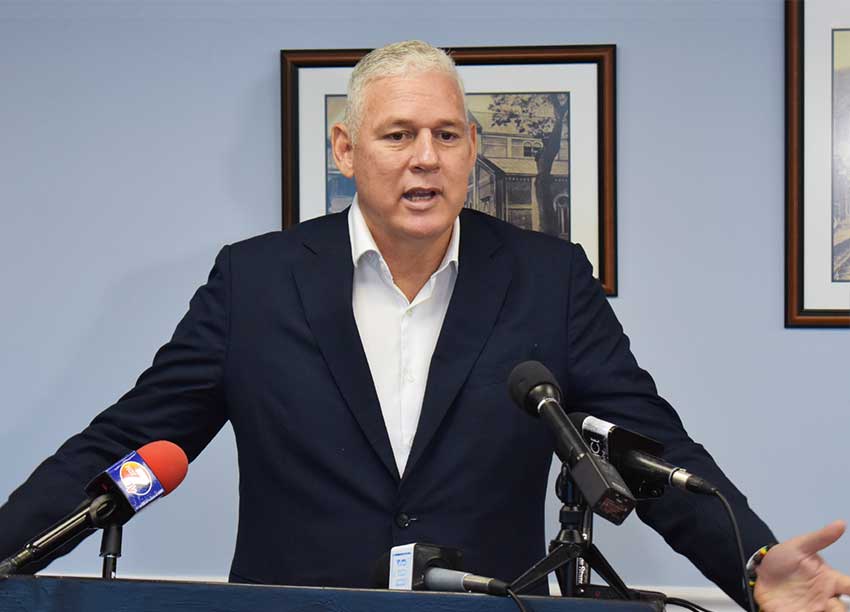 PRIME Minister Allen Chastanet’s New Year’s Address delivered last Sunday evening may have sounded, to some people, like a rehash of what he has been saying since entering office in June 2016.

Those who say they have heard these same things for the past years are correct in their thinking. The successes the prime minister touted and the expectations he outlined have all been heard before but should that prevent him from extolling his and his government’s accomplishments? No, it should not!

In fact, the prime minister is in his right to highlight his administration’s achievements. Some may want to respectfully dismiss these achievements as insignificant claiming that the government is simply earning its monthly paycheck, since ministers were elected to do a job. These people would do well to understand too, that ministers through consultation with the head of government can choose which projects they will work on, and the ones they will not in any given year. Even still, even the government’s critics have a right to dismiss the prime minister’s address as they see fit.

As simple as it may seem, governing a country like Saint Lucia, which is always in need of a helping hand, is not easy. This is no joyride, although some ministers seem to give that impression, more so when the prime minister, albeit in public, looks unable to rein in errant ministers.

But let it not be said that the Chastanet led government has done nothing for the country. Such utterings would be completely false. Since my space on this page is limited, I will not go into the government’s list of achievements. And it’s a long list. But the government too has failures which will be glossed over and not trumpeted across the rooftops like their achievements.

The time is fast approaching when Saint Lucians will have to make that final decision regarding the government as a one term government or deserving of another five-year term. This is a decision that will be extremely simple for the diehard supporters of either the United Workers Party or the Saint Lucia Labour Party, and extremely difficult for the first-time voters who genuinely have no loyalty, allegiance, devotion, love or empathy for either party.

But all is not lost for the undecided voter or the voter who may find herself/himself totally unclear as to where to put that ballot. A very clear way out of this troubling position is to think of country and country only then decide whether the successes of the government outweighs its failures, or its failures outweigh its successes.

Such a determination should be easy to make once the exercise is all about the country and its people. Areas to look at to assist in helping decide whether the government should be a one-term government or deserving of another term should be healthcare, education, the job opportunity landscape, government’s attitude and treatment of its elderly citizens, its homeless citizens, its unemployable citizens, citizens who foul the laws and have repented and want to be accepted back into the society.

More areas to look at in deciding the fate of this or any government would be to see how it protects children, the type of laws it passes that impact on the various sectors of the economy, its policies on matters occurring within the region and wider afield, and the administration’s attitude to honesty, transparency and nepotism.

As mentioned previously, the government can boast of a long list of achievements because such a list is there. Therefore if the achievements highlighted are what’s needed to make Saint Lucia a place where honesty and transparency are development pillars, where its education system is on par with the rest of the world, where good healthcare is a right and not a privilege enjoyed by a few, where violent crime is a ripple, where unemployment amongst the youth is not endemic, etc., etc., then by all means give the government another term in office.

However, if the long list of achievements does nothing to the status quo then no right thinking Saint Lucian should hesitate to make a change.