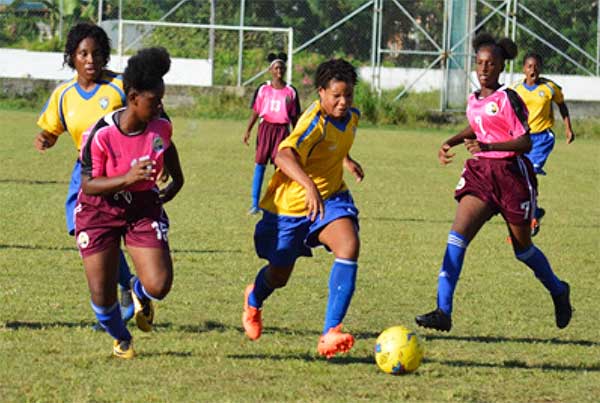 According to the Saint Lucia Football Association (SLFA) Inc., Saint Lucia currently has three youth female teams preparing and participating in regional tournaments including the Under 14, Under 17 and Under 20 teams. All age groups are required to play a quota of four International Friendlies in 2019. To date Saint Lucia has only played three.

This match against Dominica will complete the full quota of four International Friendlies.

The National Under 14 team recently competed in the SLFA’s Women’s Tournament where they performed creditably.

The public is invited to come out and support the Under 14 female footballers as they get set to face Dominica.

Meanwhile, the St Lucia Football Association’s Under 20 female team has commenced its training for second round participation in the Under 20 World Cup.

The second round of matches will take place in the Dominican Republic from February 22 to March 8th 2020.

A total of 25 local players have been called to training from which the final 18 will be selected.

The squad will be under the watchful eyes of Jamal Shabaz and Emmanuel Bellas with assistance from Emily Remy.