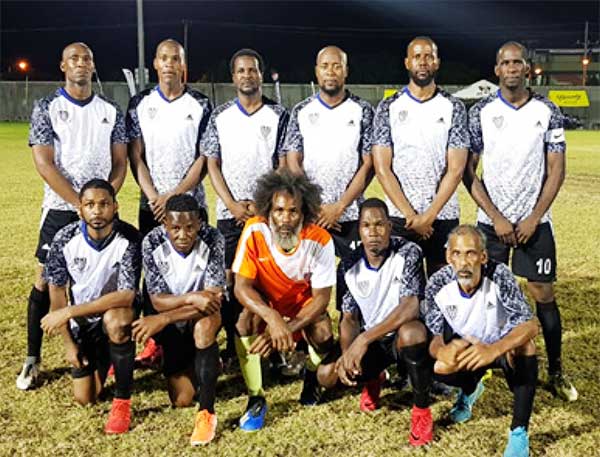 FOLLOWING a combined 24 matches played and 71 goals scored between the two venues, the Phillip Marcellin Grounds in Vieux Fort and the Gros Islet Playing field, Veterans in Sports Inc (VISI) Train will whistle its way to the La Ressource playing field in Mabouya Valley this weekend for six exciting matches.

Kicking things off today from 4.00 p.m. in a Group D encounter, VSADC will take on Vieux Fort North; both teams are currently on 1 point each.

Still beaming with excitement and happiness from their 1 – 0 victory over Vieux Fort South and making it two in a row; Mon Repos Sharks is expected to leave no stone unturned in coming all out for their third consecutive win when they play last year’s losing finalist, Flow Lancers FC at 6.00 p.m in Group B match up.

In spite being second in the Group, Mon Repos cannot afford to lose or draw this all important encounter. They are currently seating in second place on 6 points, one shy from Group leaders Flow Lancers FC on 7 points, but what makes it interesting, All Blacks – Dennery is in third place on 4 points and will meet Vieux Fort South tomorrow.

Also on the same day, at 8.00 p.m. home team, Valley Ledgens will clash with Soufriere in a Group A encounter. Going forward the Valley boys, led by goal scorers Anthony Mathew and Haze Marcel, will have to take charge of their home turf from the very first whistle and get the ball at the back of the nets, but in doing so their defense will have to keep Tony Paul, Jerome Serville and Augustus Lucien at bay as they cannot afford to lose this one in front of their home fans.

Leading the charge in Group A is Canaries, one of two surprise teams in this year’s tournament; at present they have 7 points from three matches, followed by Laborie Veterans on 6 points from three matches. It’s difficult to determine who will nose ahead in this must win encounter between Soufriere and Valley Ledgens as all eyes will be glued on the pitch for the show piece.

On Sunday 8th, the VISI action resumes with another triple header; from 3.00 p.m. in a Group C encounter, Prophets and Kings (PAK) affectionately known as the ‘Holy Men’ will play Marchand Veterans; it’s a do or die match for PAK as Marchand will be looking to continue their winning ways.

In Game No. 2 scheduled for 5.00 p.m. Congorians with 1 point from two games will take on Choiseul Veterans who is languishing at the bottom of the points table with zero in Group C.

The final encounter of the evening in Group B will see Vieux Fort South (VFS) against All Black – Dennery (ABD). VFS is out of championship contention, a win for ABD will catapult them either first or second based on the results between Mon Repos Sharks and Flow Lancers FC.

The VOICE spoke to VISI CEO Alvin Malaykhan about this weekend showpiece in La Ressource. This is what he had to say.

“This weekend should be really exciting; teams are on the verge of not qualifying for the Main and Plate championship so we are expecting teams to step up a notch. Some teams are also aiming to top their respective groups; Flow Lancers, All Blacks – Dennery and Marchand Veterans”.

In terms of crowd support for this weekend games, Malaykhan said, “With both Dennery teams playing we are expecting a great turnout and there will be some wonderful prizes to be given away; after all we are in the Christmas Season”