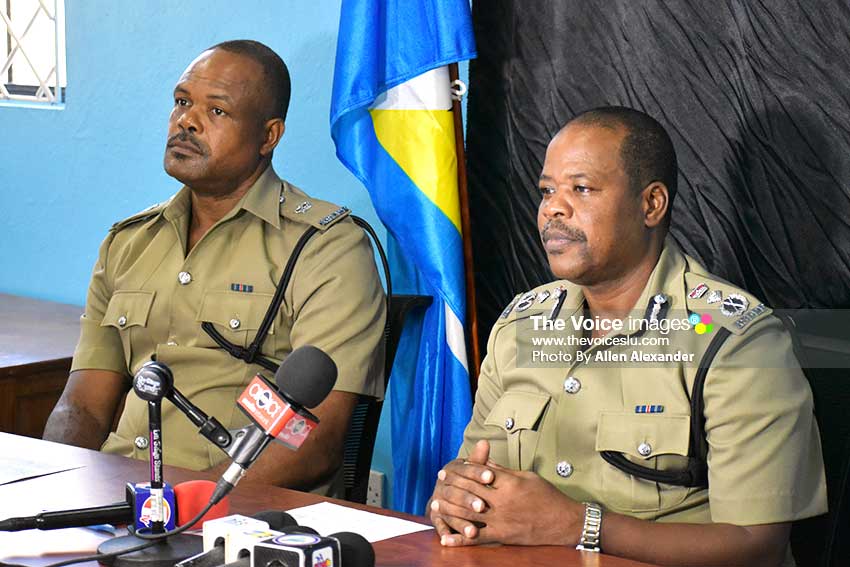 SAINT Lucia last Saturday recorded its 44th homicide when an unknown gunman walked into a dancehall in Vieux Fort at 1:30 am and opened fire on patrons.

Dead as a result of this incident is Lyndon George, of Bruceville. He was shot in the head. One male is currently in police custody in relation to that matter.

This incident was preceded by a similar tragedy which occurred two days before in Odsan, when an unknown assailant entered an establishment and opened fire on patrons, killing 19 – year – old Yanney Severine in the process and wounding two other individuals. No arrests have been reported in connection to the Odsan shooting. Both matters are currently under investigation.

Police are also investigating the disappearance of Michael Blaze, of Vieux Fort. Blaze was taken in for questioning on Friday, 22nd November at the Choiseul Police Station in connection to investigations into a robbery. According to police, he was released on Sunday 24th November and has not been seen since. George Nicholas, Superintendant of Police with responsibility for Territorial Policing, said that Blaze was released on account of insubstantial evidence to prefer a charge against him.

According to one media house, persons have expressed concern regarding the time and place that Blaze was released after he was taken in for questioning by police. An undisclosed source revealed that Blaze was released at 9:00 pm on Sunday 24th November. In answer to this concern, SeverinMoncherry, Commissioner of police, said that the police could only keep an individual for questioning for 72 hours.

“The gentleman’s [Michael Blaze] time had elapsed, and as a result the police had to release him,” Moncherry said.

The Police Commissioner noted that it was unnecessary to keep an individual for questioning for the full 72 hours if there was not an absolute need to do so. Blaze was released as soon as police concluded that they were no longer required to keep him.

Nicholas said Major Crimes Unit has been assigned to carry out investigations into this matter, and has appealed to members of the public with information leading to Blaze’s whereabouts to come forward.

In another unrelated report, at approximately 6:15 am on Wednesday 27th November, the drug unit executed a search warrant on the premises of 35 year old Kimran Polius, of Dauphine Street in Gros Islet. During the search a 0.38 Taurus Pistol with thirteen rounds of live ammunition were recovered. Polius has since been charged for possession of firearm and ammunition without a valid license.

At about 11:50 that same day, officers attached to the Micoud Police Station conducted a traffic check along the Castries/Vieux Fort Highway. A minibus was stopped and searched during the operation. A passenger, by the name of Vernille Dillan Charles, alias Pope of Cul De Sac, was searched and a 0.357 Magnum with five rounds of live ammunition was found on his person. He was arrested and has been charged for unlawful possession of a firearm and ammunition.

Meanwhile with crime seemingly mounting in Saint Lucia, the Gros Islet police sub-division has invited residents and businesses to a series of meetings to discuss the crime situation.

“This is a step towards making our communities and businesses safer for all,” a statement from the organizers read.

The first meeting is planned for Thursday, December 5 from 2.00 pm at Coco Palm for the Rodney Bay business community. The activity will take the form of a crime safety presentation for business.

“The invited companies who sell, install and provide security equipment will put on a brief presentation as to what their company provides,” the organizers revealed.

On January 7, 2020, there will also be a Policing My Community forum at a time and place to be announced.