FEEDBACK to Prime Minister Allen Chastanet’s posting, on his official Facebook page, that the groundwork for the upgrading of the Soufriere Mini Stadium to an international FIFA approved football field with a 400m track is nearly complete, has been furious.

Not only is the prime minister being asked to deal with other playing fields in the country, but a debate has ensued over the type of turf best suited for Saint Lucia.

According to the posting which was made on Boxing Day, the next phase for development work at the mini stadium will be the installation of the AstroTurf and athletics track.

Work on this project, noted the posting will be completed very early in the New Year along with the Desruisseaux Football Field and the Micoud Playing Field. Work will also commence on the Dennery Village Cricket and Football fields as well as the National Sports Academy.

While several viewers to the page had no problem with the update given about the playing fields mentioned, they wanted to know how the government planned on maintaining the artificial grounds when time had shown that even some of the traditional fields presently on island have grown into disrepair through lack of regular maintenance.

Some visitors to the PM’s page wanted to know when other sports like netball and volleyball would garner the type of attention football fields in out districts receive.

One viewer wanted to know how many locals were employed on these projects, whether they were meeting time schedules, their projected budget targets, and if not why? 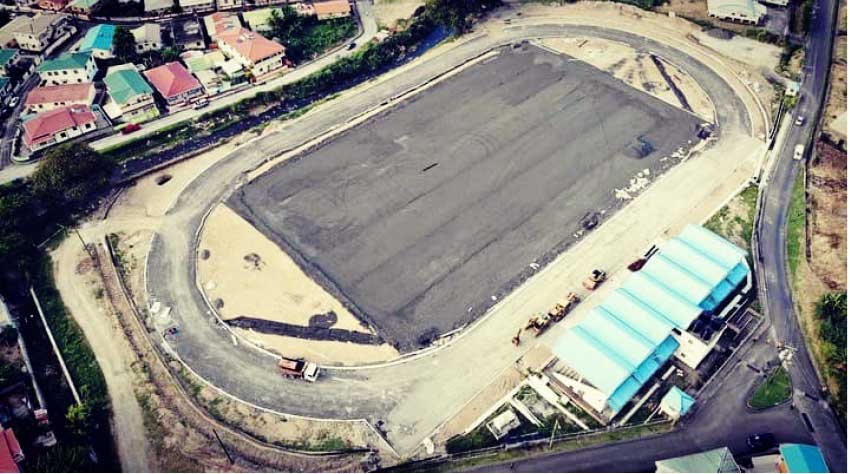 Then came the argument over which fields for players were riskier between turf and grass. At least one contributor believed that the project to transform the Soufriere Playing Field into a mini stadium equipped with an athletic track was a good project, but warned that funding for the programming of the facility should be on point to ensure its success, maximum use and benefit, reminding that too many times have facilities been built only to see them fall apart as the years go by.

There were several viewers who thought the prime minister was doing a good job who expressed just that, but like everything else in the country, partisan politics was in the midst of yet another local undertaking that is expected to yield positive fruit for young persons, sports lovers, football players and the wider society.