COMMUNITY members of Independence City in Entrepot, Castries, came together in the spirit of unity to embark on a project for environmental upkeep in their community. This took place on Sunday 3rd November, when men and women alike, equipped with weed eaters, rakes and cutlasses, set about from the early hours to cut the grass and bushes which aligned the roads in the community. 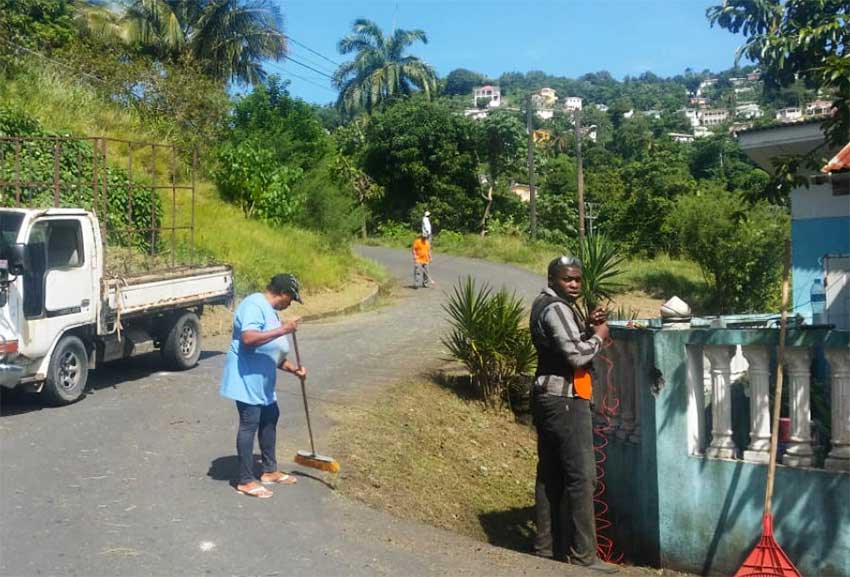 These community members, who have been neighbours for years, decided that there was much that they could do to improve the outlook of their community. They came to this conclusion after recognising that the community had not been attended to for an extended period. The community members who embarked on this initiative included Dion George, Wendell Laurencin, Miss Ann, Jenny and others.

The community members decided that although various Government ministries were responsible for the upkeep of the different communities that they too had the means to attend to their own community. They gathered whatever tools that they had or could borrow, and met on that early Sunday morning to do what they could to improve the appearance of their surroundings. They hope to inspire more community members to come out and participate in their “Unity in Community” initiative.