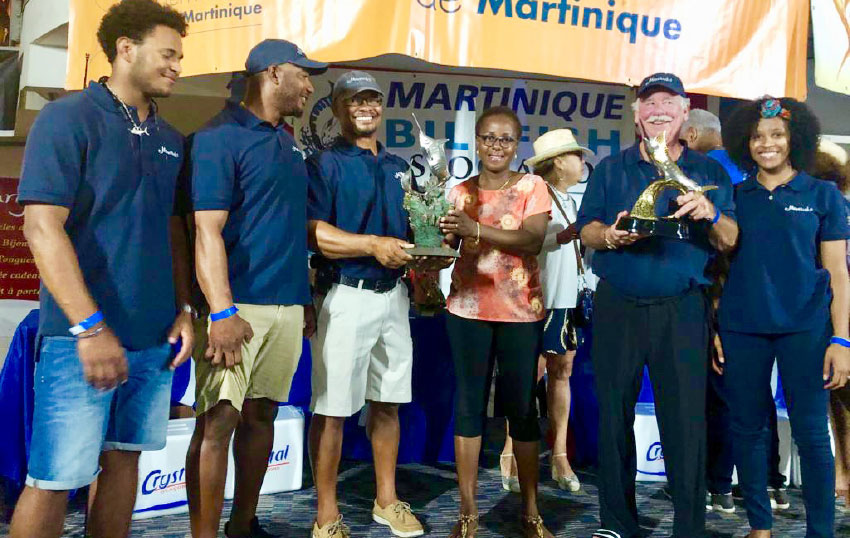 Team Maverick is based out of Marigot Bay. The 74ft Viking Sports Fisherman Yacht is crewed by Captain Martin Thomas, cockpit boss Kimbar Francis, owner Fred Schrader, and first mate Nathan Jean Joseph. First mate Lily Thomas caught the only marlin recorded during the whole tournament. It was an unprecedented sweep of six trophies. Lily’s winning marlin hooked up at 9:59am on October 22nd, the first day of the tournament. To celebrate her victory Lily was thrown into the harbour by the crew. The team had two other hook ups but could not bring them to the boat.

This weekend Team Maverick will be competing in the 2019 Saint Lucia International Game Fishing Tournament in Rodney Bay.